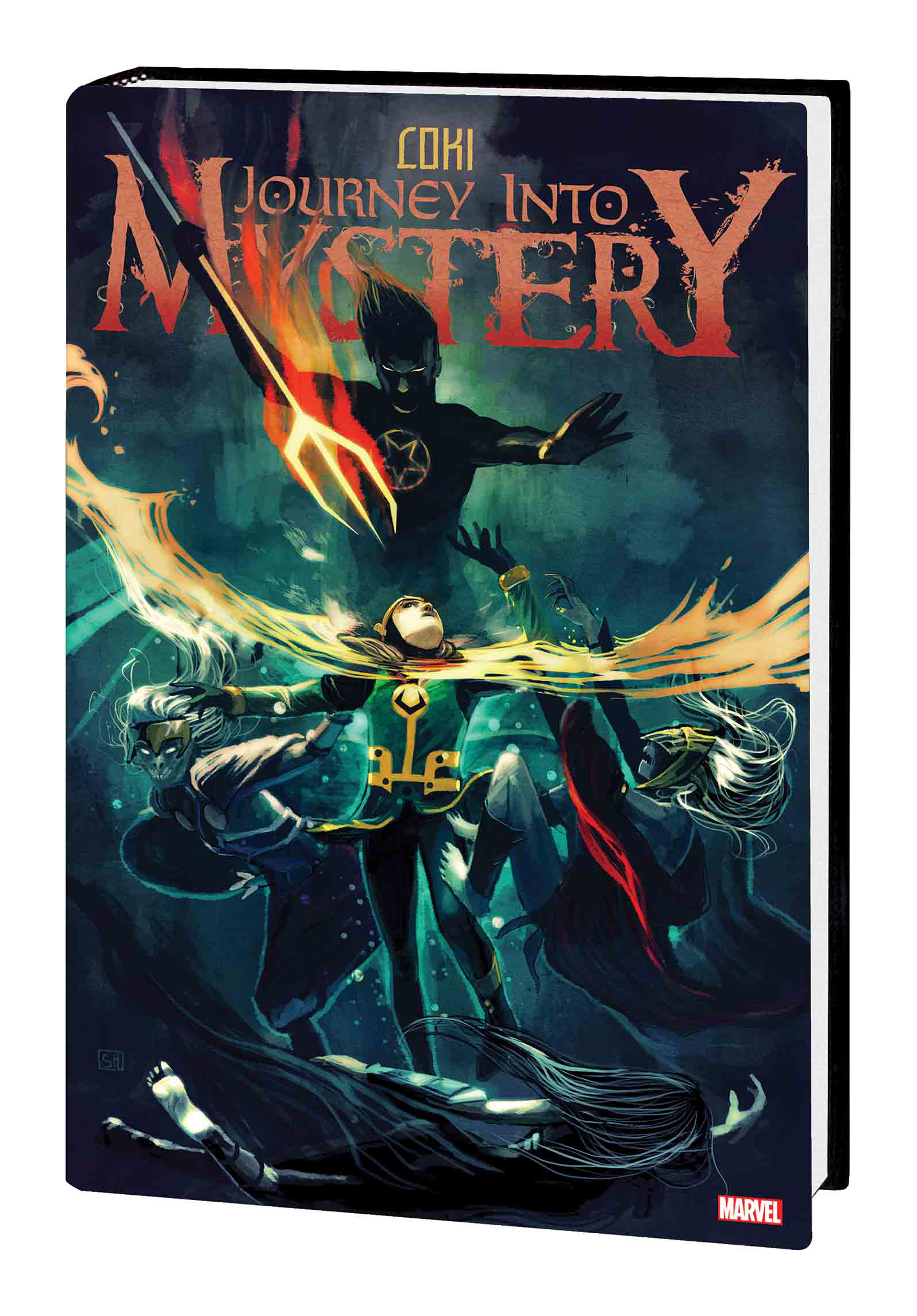 FEB170972
(W) Various (A) Various (CA) Stephanie Hans
Kieron Gillen's complete epic! The god of lies has been reborn, but will young Loki be Asgard's savior? For when Earth is gripped by FEAR ITSELF, ancient prophecy says only Thor can stop the monstrous threat of the Serpent - but the plan is doomed to fail without help from Loki. Will the trickster find redemption - or damn himself for eternity? Either way, a Nightmare lies in wait hoping to rule the world, and Loki will have to risk everything on his craziest scheme of all! Plus: A forgotten hero returns, the New Mutants lend a hand, Captain Britain needs help with a godly war, and Hela sets her sights on the Holy Grail! But will all the nine worlds end in Surtur's fire? Collecting JOURNEY INTO MYSTERY (2011) #622-645, EXILED #1, NEW MUTANTS (2009) #42-43 and MIGHTY THOR (2011) #18-21.
Rated T+
In Shops: Aug 02, 2017
SRP: $100.00
ORDER WISH LIST