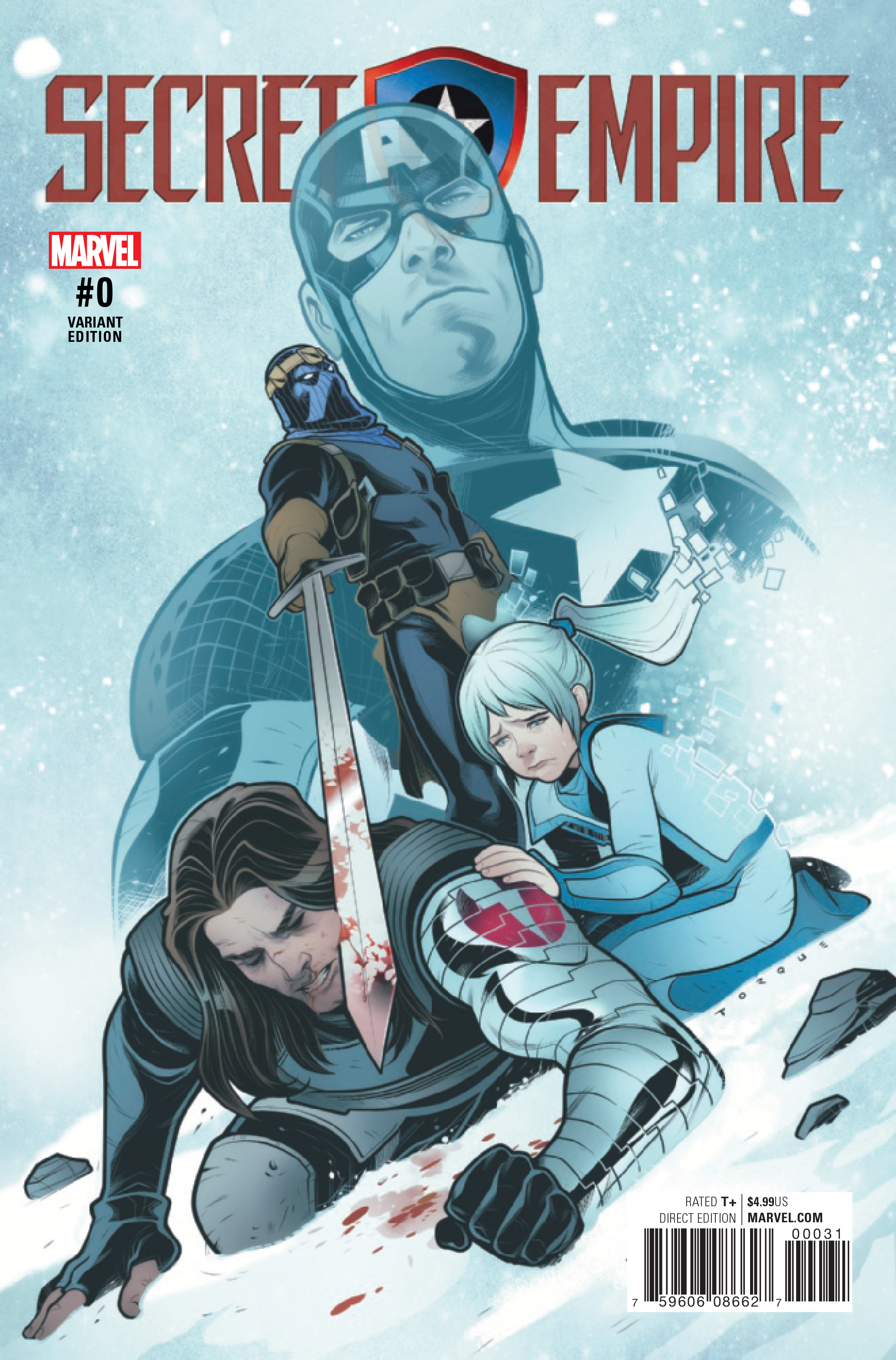 FEB170761
(W) Nick Spencer (A) Daniel Acu?a, Rod Reis (CA) Elizabeth Torque
What if your greatest ally was secretly your greatest enemy? What if the most trustworthy, stalwart hero history has ever known has been planning in secret a massive betrayal? That time is now!
The Marvel Universe is under siege from within! Captain America, secretly a true believer in the cause of Hydra, has turned his back on the Super Hero community. Using the trust and respect he has gained over the years he has ascended to a position where he can enacts Hydra's ideals. The death of Jack Flag, the trial of Maria Hill, the second Civil War, the alien Chitauri Queen. All of the dominos of Captain America's plan have been laid out -- and it will take only the slightest push to set them into action!
Now, the Avengers, the Champions, the Defenders, the Guardians of the Galaxy, the X-Men and more will be tested. As Hydra's grip tightens around the Marvel Universe, the heroes stand at the precipice of an unprecedented challenge. How will they Marvel Universe cope with this shattering betrayal by the most trusted among them?
Rated T
In Shops: Apr 19, 2017
SRP: $4.99
View All Items In This Series