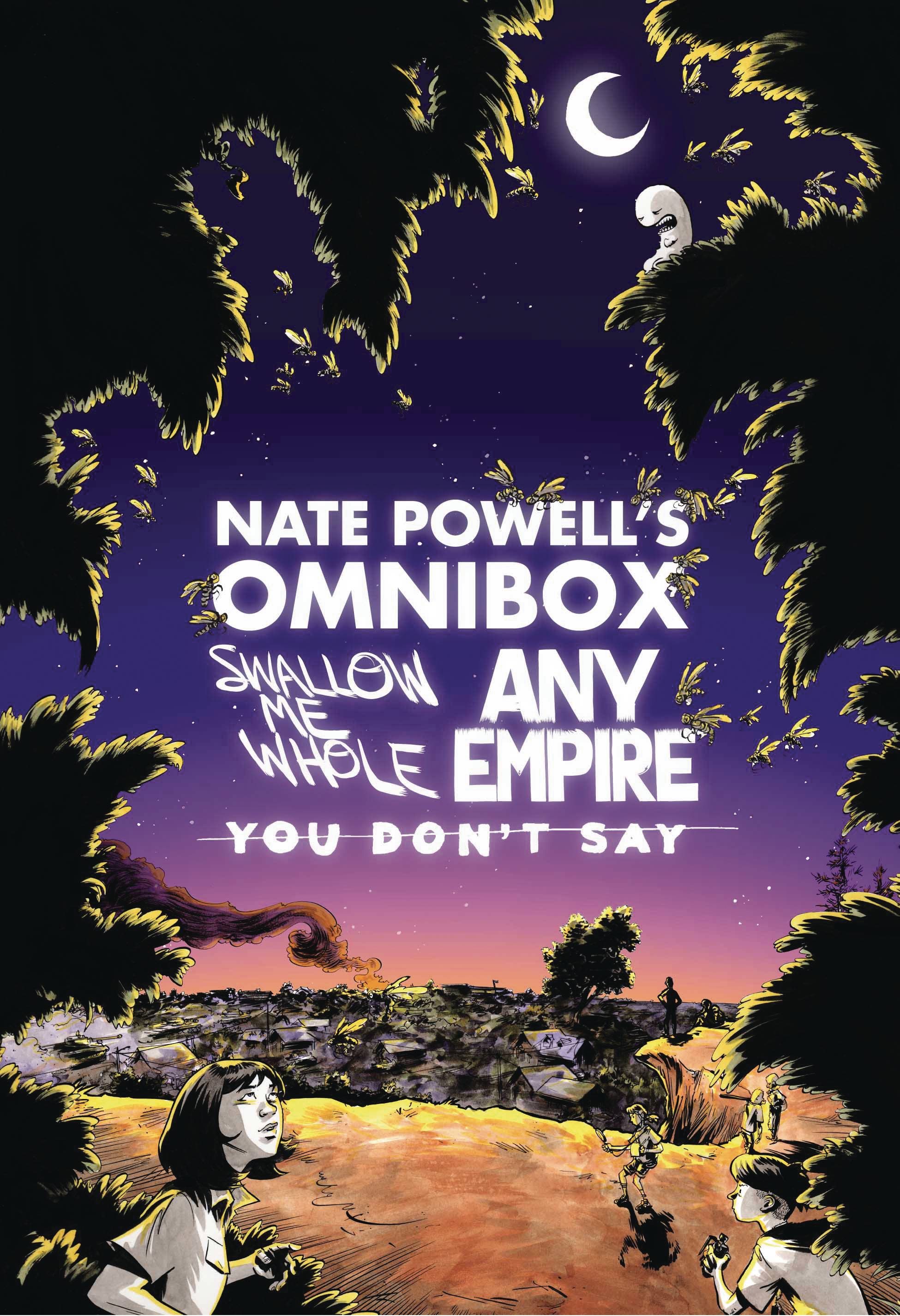 # #
FEB170449
(W) Nate Powell (A/CA) Nate Powell
Nate Powell has been called "a writer-artist of genius" and "the most prodigiously talented graphic novelist" of his generation. This box contains the reasons why. Swallow Me Whole won the Eisner Award for its portrayal of teen mental illness, Any Empire explores the trickle-down effects of war on young minds, and You Don't Say collects Powell's short comics from 2004 up to the debut of the landmark March trilogy. Together, these three volumes represent the first decade of mature work from one of the new giants of cartooning: a creator renowned for his sensitivity, intimacy, and visual courage.
In Shops: Jun 14, 2017
SRP: $59.99
ORDER WISH LIST