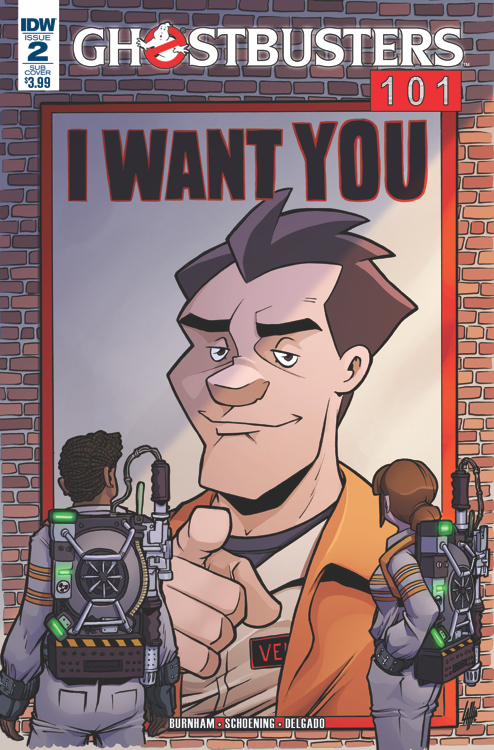 FEB170436
(W) Erik Burnham (A) Dan Schoening (CA) Tim Lattie
Holtzmann and crew have been minding their own business and busting their own ghosts, when something even stranger starts going on in their neighborhood -- and it's noticeable. Their minds and their city are being subtly altered... but why? It probably has  something to do with trouble started in the neighboring parallel dimension of the original Ghostbusters... but they don't know that yet! The crossover you've all demanded continues here!
•   Straight outta the 2016 film, the Answer the Call Ghostbusters make their comic book debut!  Abby, Patty, Erin and Holtzmann join forces with Winston, Egon, Ray and Venkman for some bombastic ghostbustin' insanity!
•   Written and illustrated by the fan-favorite and critically-acclaimed creative team of Erik Burnham, Dan Schoening and Luis Antonio Delgado.
•   Featuring the second of six-interconnected covers by Schoening and Delgado.
•   Retailer incentive covers feature photos of the Original and ATF Ghostbusters casts!
In Shops: May 03, 2017
SRP: $3.99
View All Items In This Series