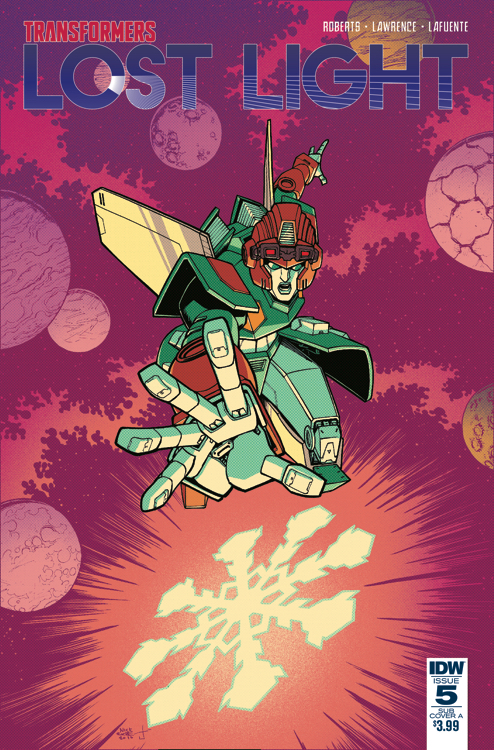 FEB170414
(W) James Roberts (A) Jack Lawrence (CA) Nick Roche
It's TEAM RODIMUS versus a universe gone wrong! An alternate Cybertron is being torn apart as the malevolent Functionist Council implement a plan that's been millions of years in the making. But with victory within their reach, they find themselves up against someone who really shouldn't exist: MEGATRON.
In Shops: May 10, 2017
SRP: $3.99
View All Items In This Series