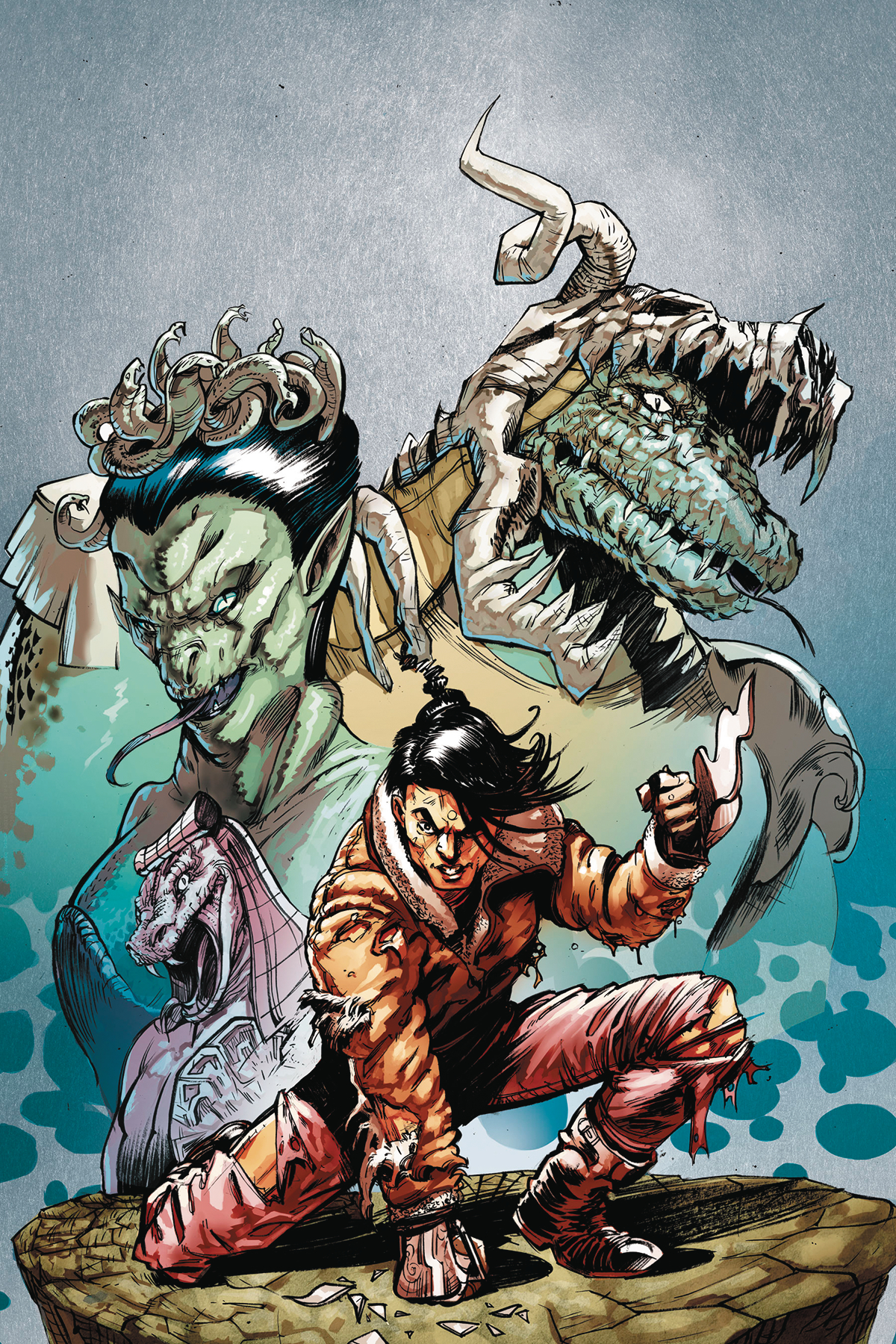 FEB161545
(W) Sarwat Chadda (A/CA) Arjuna Susini
The epic saga of the Shikari Force: Hunters continues as the group journeys into the sewers under Varanasi to fight a nest of an evil serpent race called the Nagas. They also learn the secret of the mysterious Dakini and discover her role in the coming war between Humans and Nagas, a war it is up to the Shikari Force to stop!
In Shops: Apr 20, 2016
SRP: $2.99
View All Items In This Series
ORDER WISH LIST