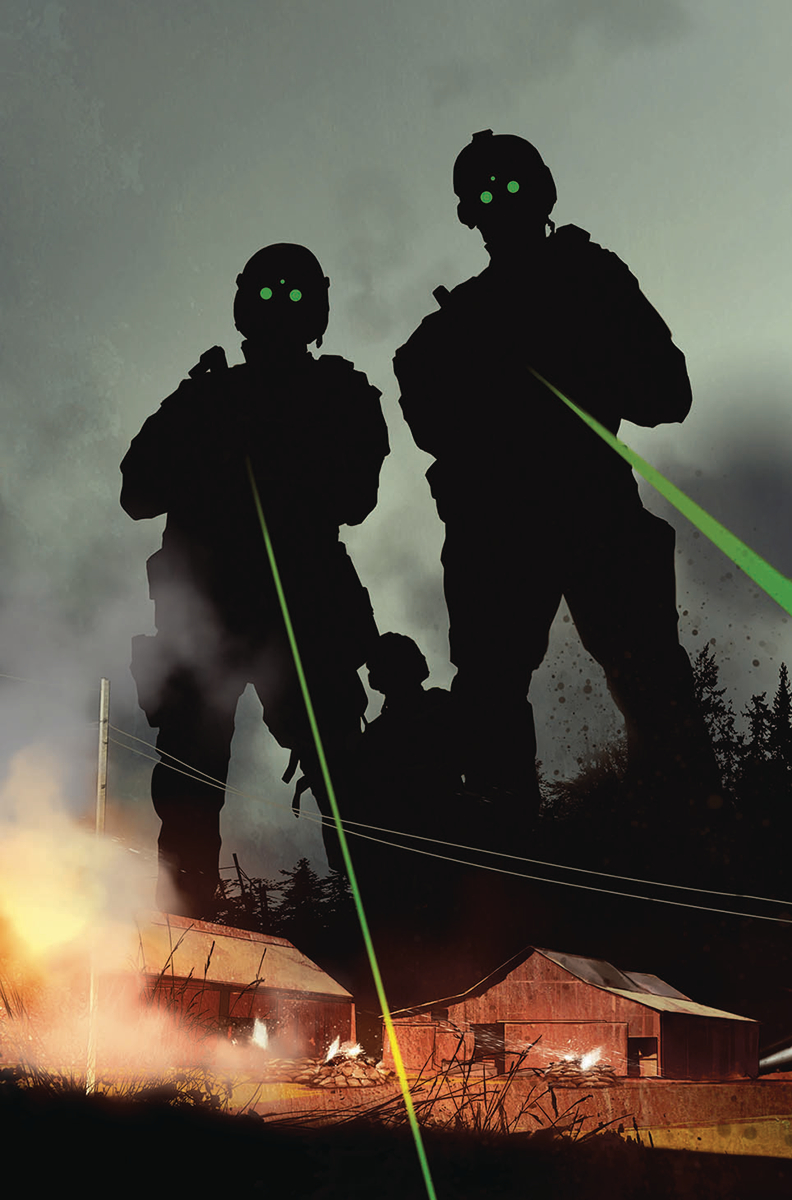 FEB161520
(W) George Pelecanos, Andrew Ewington (A) Mack Chater (CA) Ben Oliver
The calm before the storm has almost passed, the forecast for the sixth issue of Six is heavy bullets showers on the Mexican border. As the team gets one last chance to sort out their muddy past, their future catches up to them. This is what everything has been building towards, the showdown between the Six and the Cartel has begun, just as the truth about the Six comes to light. Hope McQuade kept his shovel from issue 1; it's time to dig a few more graves.
In Shops: Apr 27, 2016
SRP: $3.99
View All Items In This Series
ORDER WISH LIST