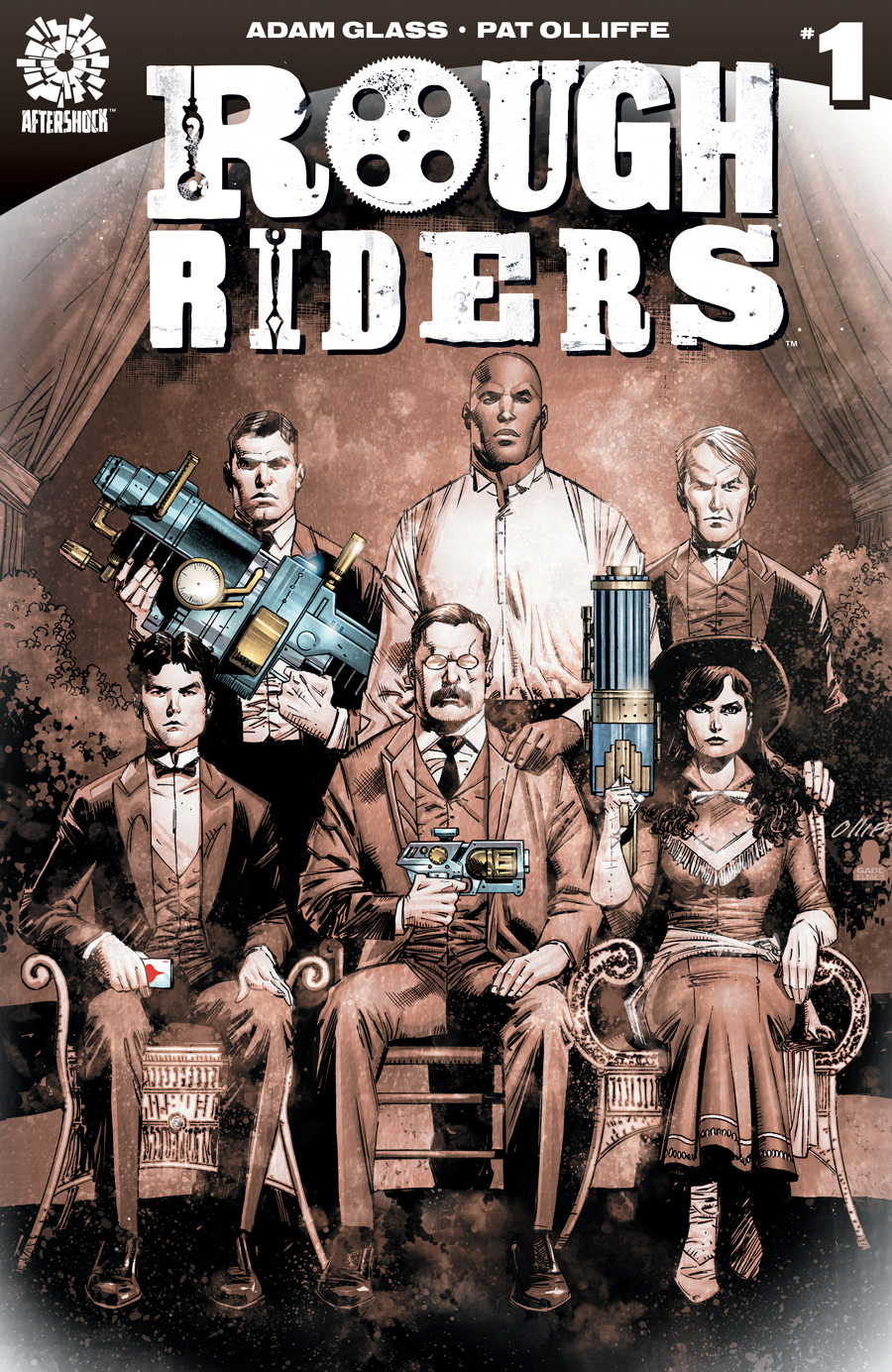 FEB161044
(W) Adam Glass (A) Pat Oliffe (CA) Pat Olliffe
Led by a young Theodore Roosevelt, a motley crew of soon-to-be American legends must work together to solve a mystery that threatens all of existence. Harry Houdini - street magician and master of misdirection. Annie Oakley - a washed-up entertainer, eager for a chance to prove herself in a real war. Jack Johnson - an undefeated brawler and the son of ex-slaves, determined to get his shot at the heavyweight championship... When a terrifying alien technology destroys the USS Maine, these unlikely allies set sail for bloody Cuba, into the heart of a brewing conflict, to wage a shadow war against the greatest threat mankind has ever known. Before they were famous, they were... ROUGH RIDERS.
In Shops: Apr 06, 2016
SRP: $1.99
View All Items In This Series
ORDER WISH LIST