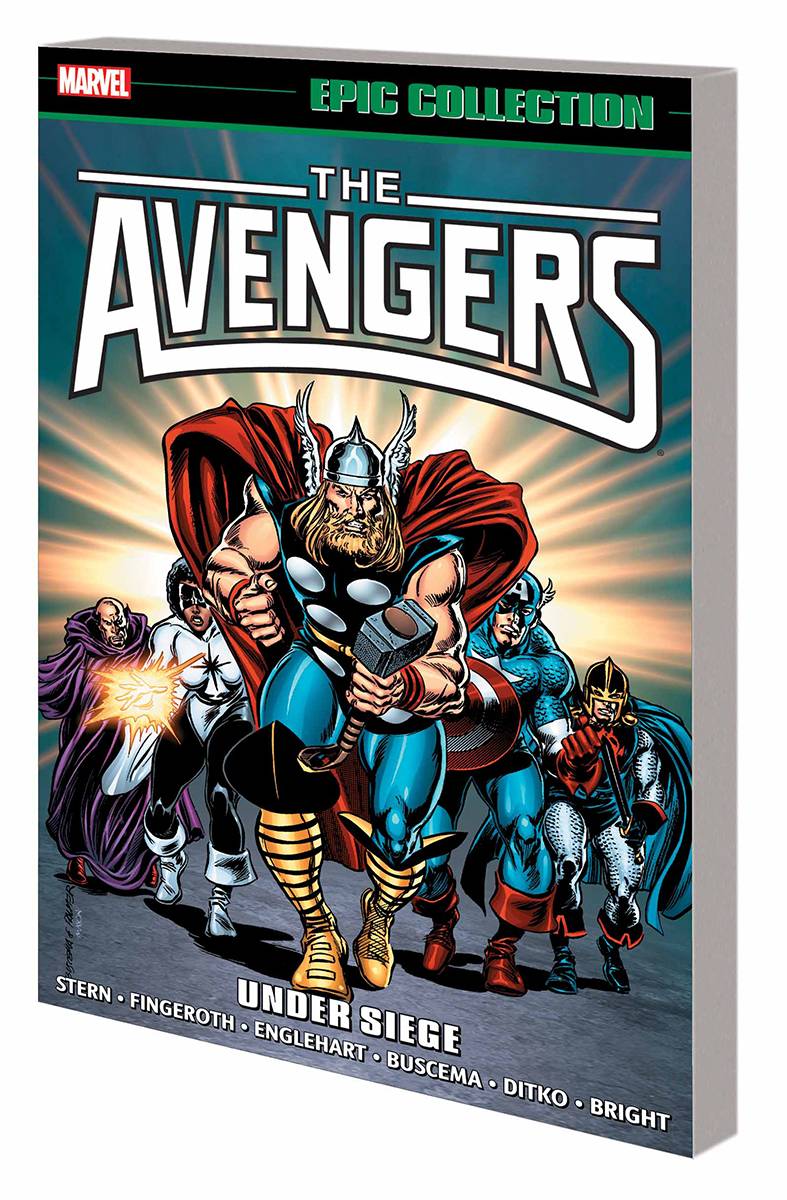 #
FEB160970
(W) Various (A) Various (CA) John Buscema
The Masters of Evil take Avengers Mansion! In one of the greatest comic-book epics of all time, Baron Zemo strikes at the very heart of the Avengers as he leads a revamped and larger-than-ever Masters of Evil in an attack on the team's home - and wins! And as if that wasn't enough, Earth's Mightiest Heroes must survive the climax of SECRET WARS II, and a battle for the ages between Kang and Immortus! The Sub-Mariner's membership leads to public protests, but that won't stop the Avengers and Alpha Flight from lending a hand during Attuma's assault on Atlantis. Meanwhile an old friend turns enemy: What's gotten into Quicksilver? Two teams of Avengers will assemble to find out! Collecting AVENGERS (1963) #264-277, ALPHA FLIGHT (1983) #39, AVENGERS ANNUAL #15 and WEST COAST AVENGERS ANNUAL #1.
Rated T
In Shops: May 11, 2016
SRP: $39.99
ORDER WISH LIST