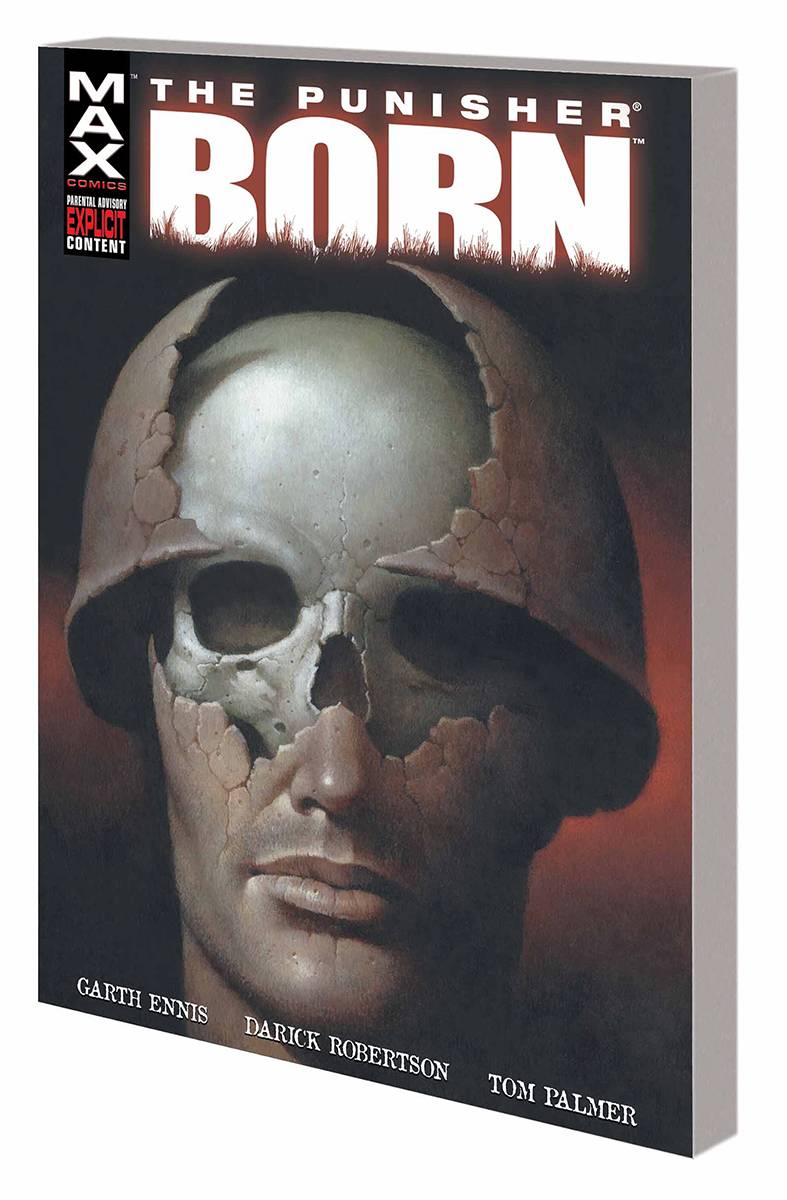 #
FEB160969
(W) Garth Ennis (A) Darick Robertson (CA) Wieslaw Walkuski
In the waning days of the Vietnam War...the Punisher is born. The year is 1971. With mounting casualties and a rising anti-war sentiment, America's time in Vietnam is coming to a close. Yet in the isolated Valley Forge Firebase on the Cambodian border, Captain Frank Castle is one of the few soldiers still committed to the fight against the enemy. With dwindling reserves, Castle must stand against an impending Viet Cong attack that threatens to wipe out the entire American platoon. To survive the battle, what grim decision must he make that will forever alter the course of his life? In this acclaimed tale, superstar Garth Ennis reveals the never-before-told story of the horrors Castle was forced to face to come home from Vietnam alive - ending in a shocking twist that will forever change how readers see Marvel Comics' most famous urban vigilante. Collecting BORN #1-4.
Explicit Content
In Shops: Apr 27, 2016
SRP: $14.99
ORDER WISH LIST