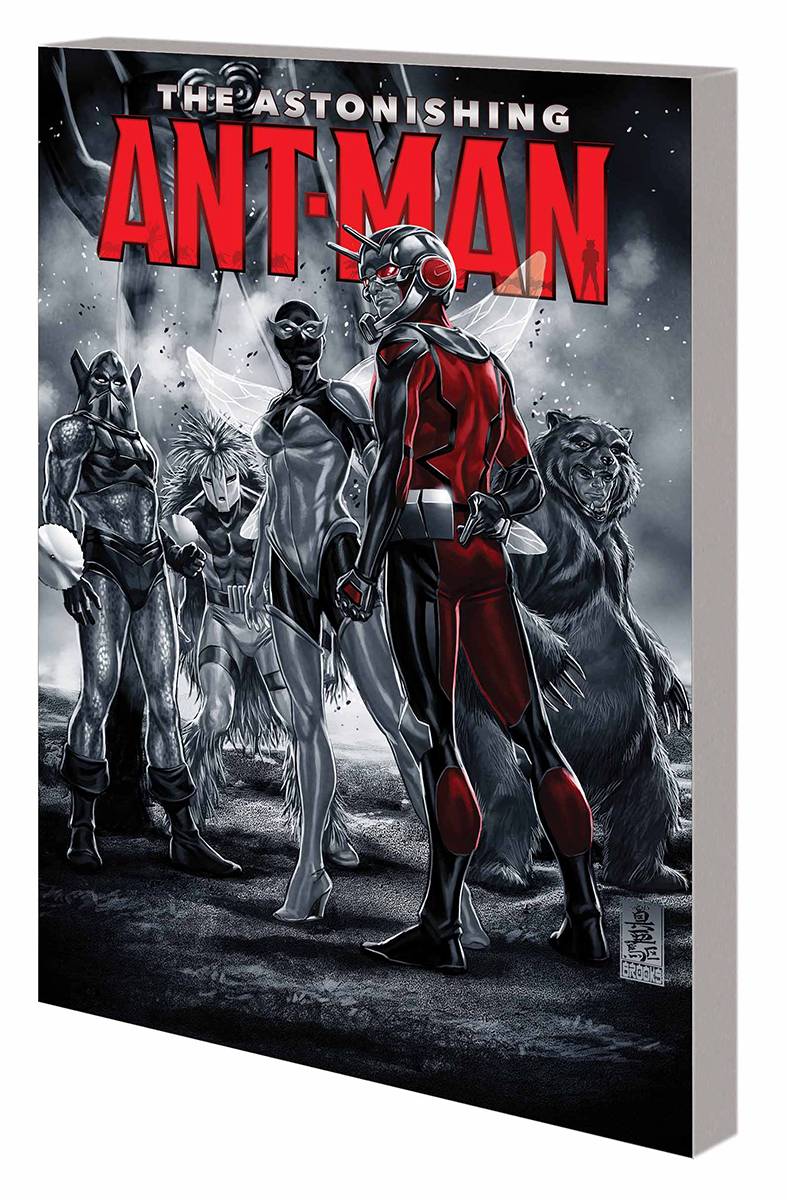 #
FEB160966
(W) Nick Spencer (A) Ramon Rosanas (CA) Mark Brooks
Scott Lang's All-New, All-Different life as Ant-Man is a social whirl - including a team-up with Sam Wilson, the new Captain America! But Scott's reunion with ex-girlfriend Darla Deeling, a.k.a. Ms. Thing, may be a lot less amicable. Business is on the up, but Scott's still a little guy with giant-size problems. Like his daughter. His love life. An old foe crossing his path. And Hench, the super-villain app that's sending a steady stream of enemies his way. If being a hero is this hard, Scott, why not go back to a life of crime? Hey, there's an idea! Plus: Ant-Man is seeking some friends for the end of the world - and beyond! Pals like Hank Pym, the original Ant-Man - and a Golden Age dance partner! Collecting ASTONISHING ANT-MAN #1-4, ANT-MAN: LAST DAYS #1 and ANT-MAN ANNUAL #1.
Rated T+
In Shops: Apr 27, 2016
SRP: $19.99
View All Items In This Series
ORDER WISH LIST