CARNAGE TP VOL 01 ONE THAT GOT AWAY 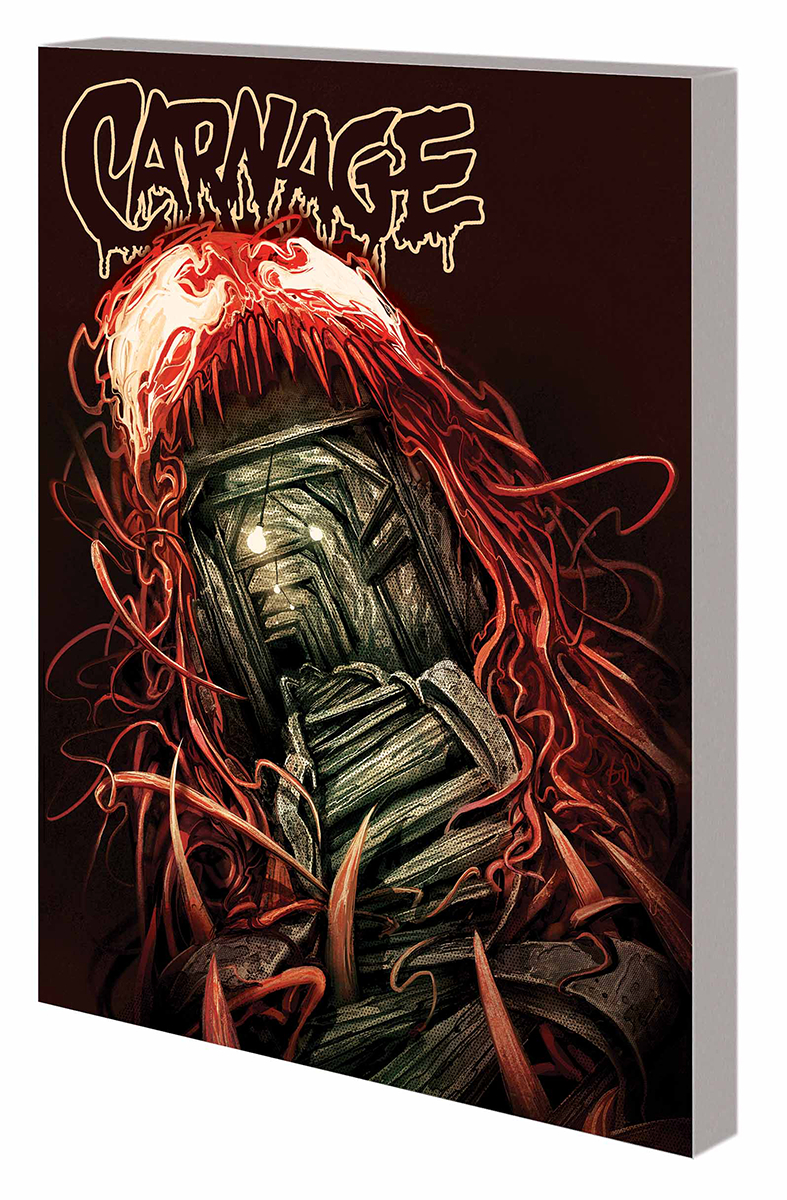 FEB160965
(W) Gerry Conway (A) Mike Perkins (CA) Mike Del Mundo
The sickest symbiote of all is back, and the result is gonna be Carnage! Cletus Kasady has renewed his killing spree, and the FBI is following the trail of bodies. They think they're ready: They have the latest sonic tech, and a specialist team including military hero/astronaut John Jameson and a reformed Eddie Brock! And when they pursue Carnage into an abandoned coal mine, the trap is set - but is it for him, or for them? As the walls close in, things get hairy for Jameson, and Brock itches to unleash his own monstrous other half: Toxin! A symbiotic smackdown is on the cards - but who will come out on top? Meanwhile, the Darkhold Cult has its own plans for everybody's favorite psychopath - and that can't mean anything good! All-New! All-Different! All killer no filler! Collecting CARNAGE (2015) #1-5 and material from ALL-NEW, ALL-DIFFERENT POINT ONE #1.
Rated T+
In Shops: Apr 27, 2016
SRP: $15.99
View All Items In This Series
ORDER WISH LIST