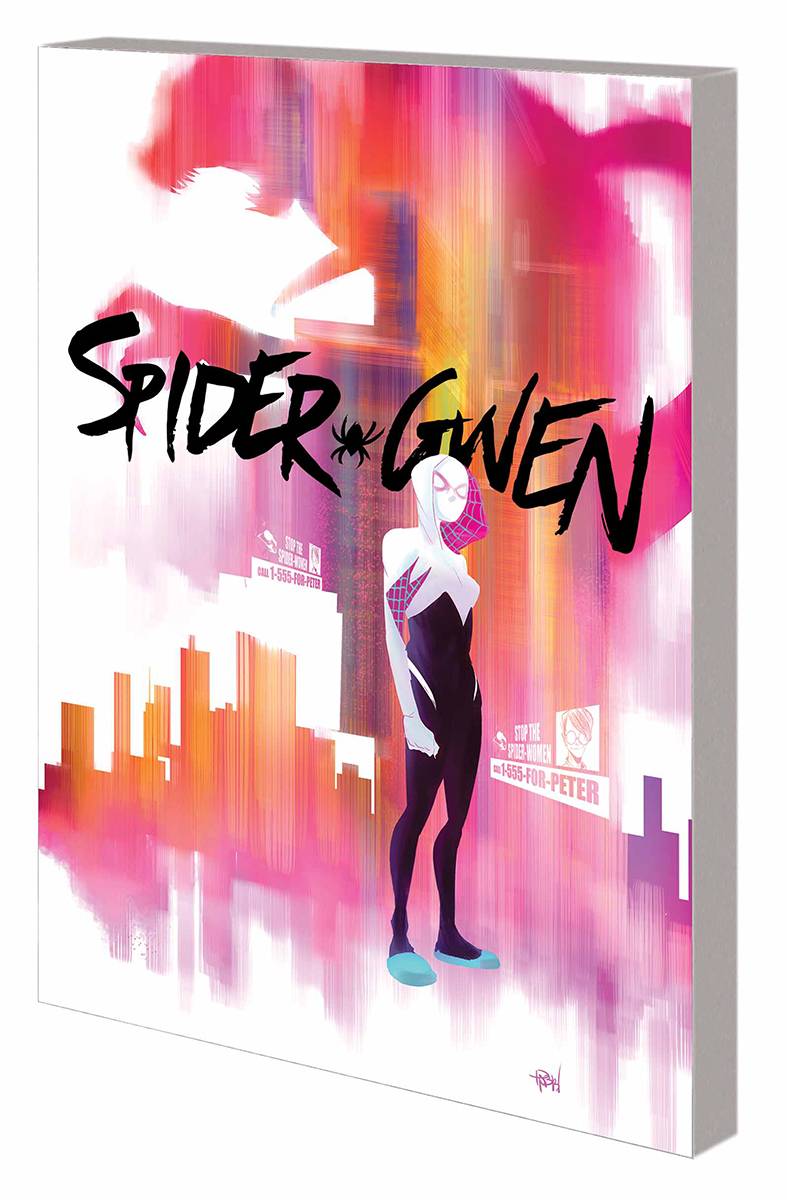 #
FEB160962
(W) Jason Latour (A/CA) Robbi Rodriguez
Gwen Stacy is back in the webs and has an All-New, All-Different mystery to solve: the reappearance of the Lizard! The Spider-Woman of Earth-65 was convinced that the Lizard's threat died in her arms along with Peter Parker. But a new reptilian rampage leaves her with doubts not only about Peter's life, but also his death. While her father, Captain George Stacy, struggles with Gwen's double life, troubles mount as the Osborns make their debut - and Gwen finds herself on S.H.I.E.L.D.'s most-wanted list! Perhaps Jessica Drew, the Spider-Woman of Earth-616, can offer some wise lessons about power and responsibility that might be handy when Gwen battles the Goblins! Plus: Discover who wields the shield as Earth-65's Captain America joins the fray - but will she be on Gwen's side? Collecting SPIDER-GWEN (2015B) #1-6.
Rated T
In Shops: May 11, 2016
SRP: $17.99
View All Items In This Series
ORDER WISH LIST