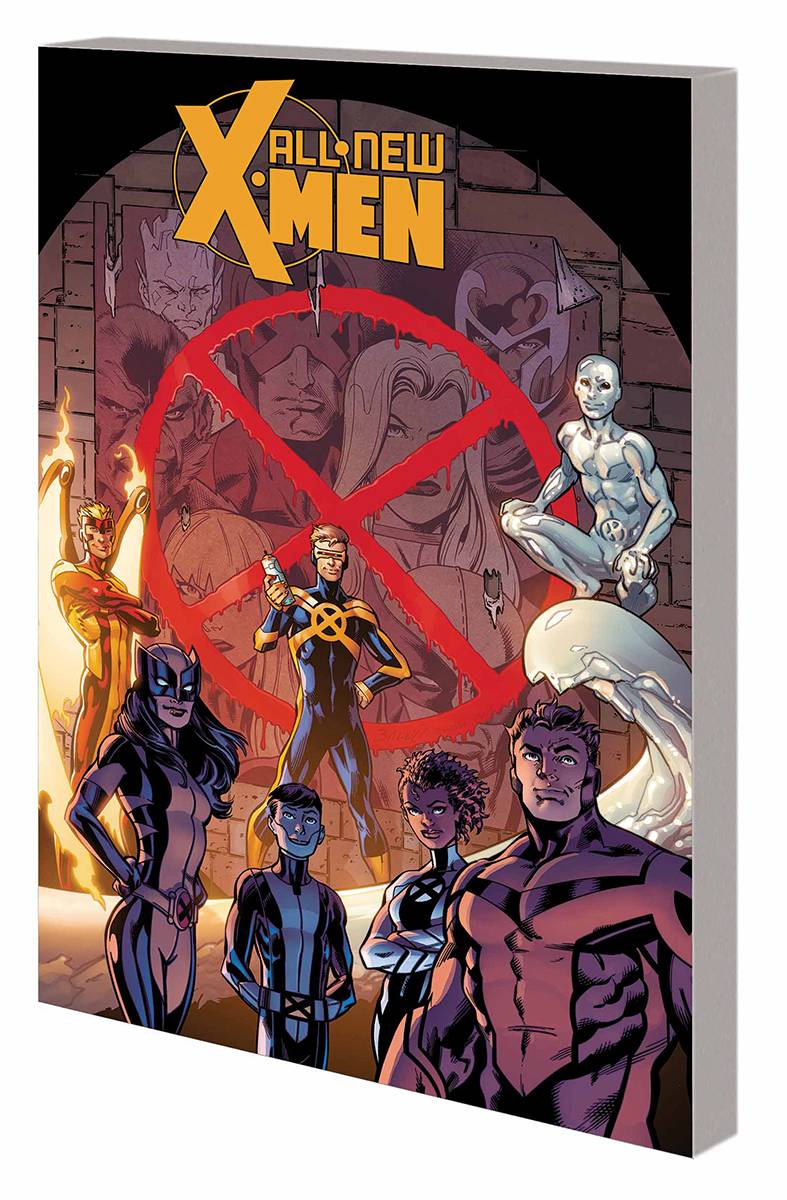 #
FEB160959
(W) Dennis Hopeless (A/CA) Mark Bagley
More than ever, hatred and fear have made the world a dangerous place for mutants. But as the few remaining X-Men retreat into seclusion, a handful of mutant teenagers refuse to allow their destiny to be decided for them! And no one is more concerned about their fate than Scott Summers, whose young shoulders must bear the heavy weight of the terrible acts committed by his adult counterpart. Cyclops is joined by three of his time-torn teammates - Beast, Iceman and Angel - as well as the All-New Wolverine, Kid Apocalypse and Oya. Together, they're heading out on the highway, looking for adventure, intent on writing their own futures! But when they encounter the baleful Blob, their road trip may end before it begins! Collecting ALL-NEW X-MEN (2015) #1-6.
Rated T+
In Shops: May 04, 2016
SRP: $15.99
View All Items In This Series