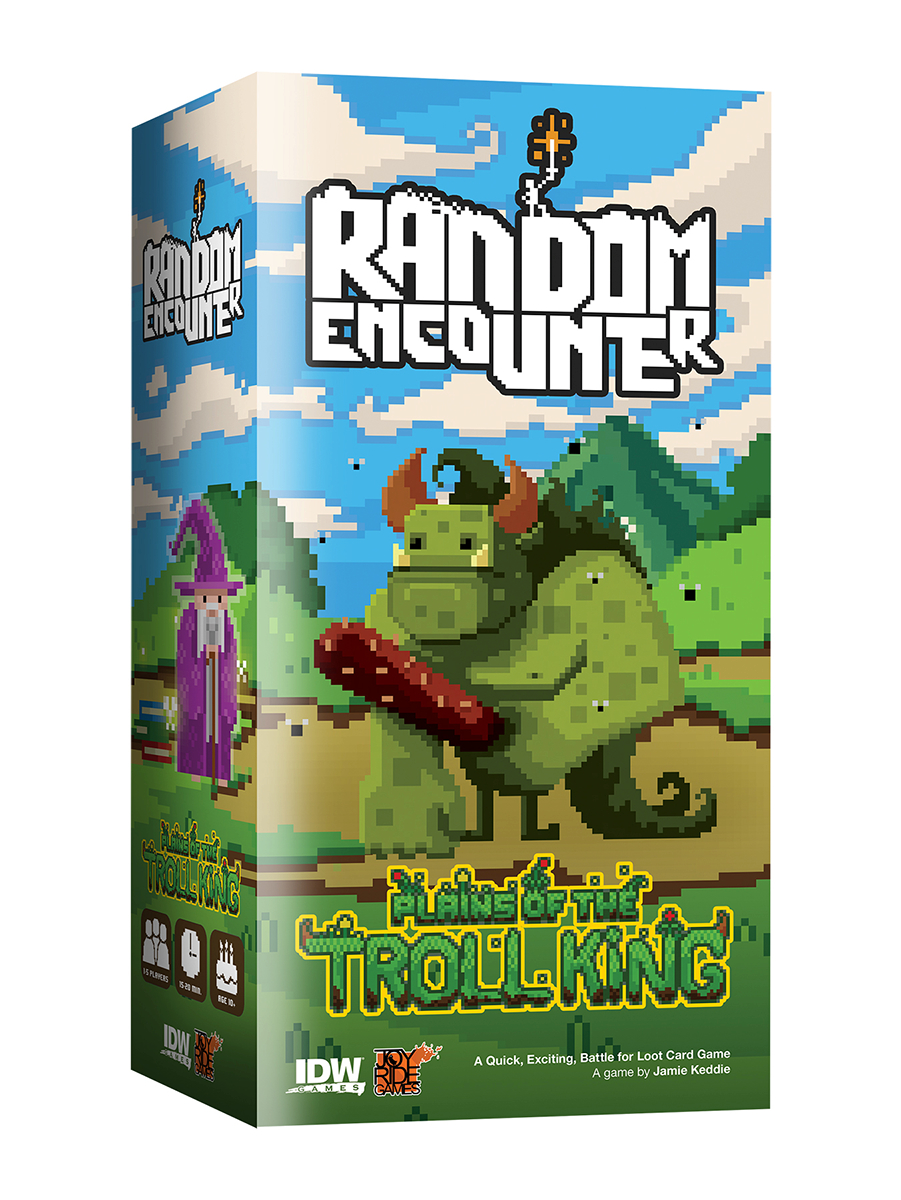 FEB160459
In this 1-5 player game you'll either raid your friends or adventure alone in an attempt to slay the creatures of the Troll King's Kingdom and harvest their loot. Part poker, part tactical combat, Random Encounter: Plains of the Troll King pits players against each other in a battle of bravery
and bluffs. Deploy your adventurers into teams, and send them to battle against unknown enemies, all while protecting your preciously won pile of loot. And beware, even one misplayed card could turn the tides in this questing card game.
In Shops: Jul 20, 2016
SRP: $19.99