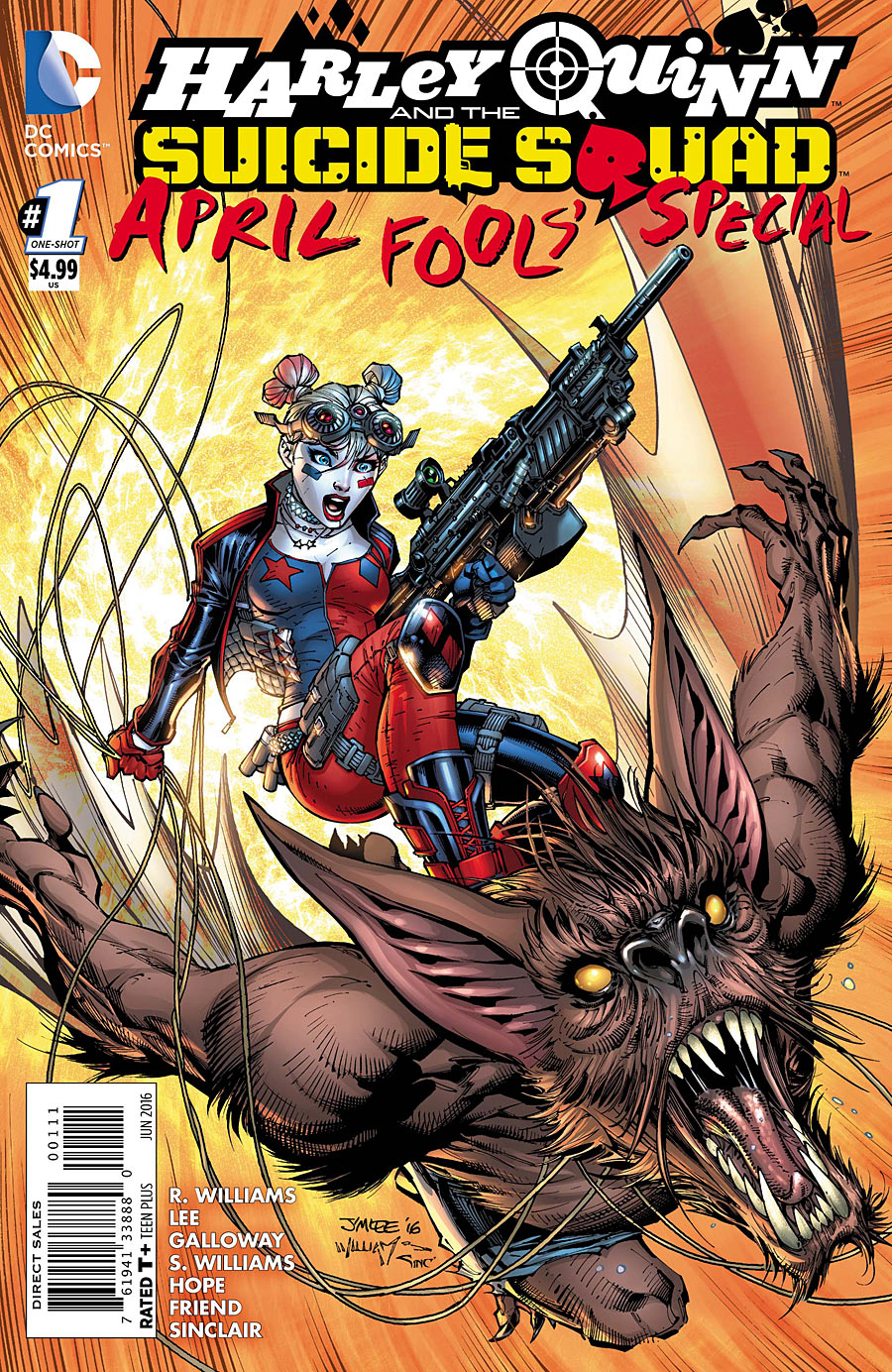 FEB160121
(W) Rob Williams (A) Sean Cheeks Galloway, Sandra Hope, Richard Friend (A/CA) Jim Lee, Scott Williams
Dr. Harleen Frances Quinzel, M.D., welcomes you to Evil Anonymous, the support group for super villains in need; where no problem is too insane or homicidal, and where discretion is assured as only a clown princess of crime can-which is to say, not at all. But when Harley Quinn starts using her patients' own evil schemes against them, it turns out that a much bigger, far more dangerous, and truly life-altering joke is being played on her.
In Shops: Apr 06, 2016
SRP: $4.99
View All Items In This Series