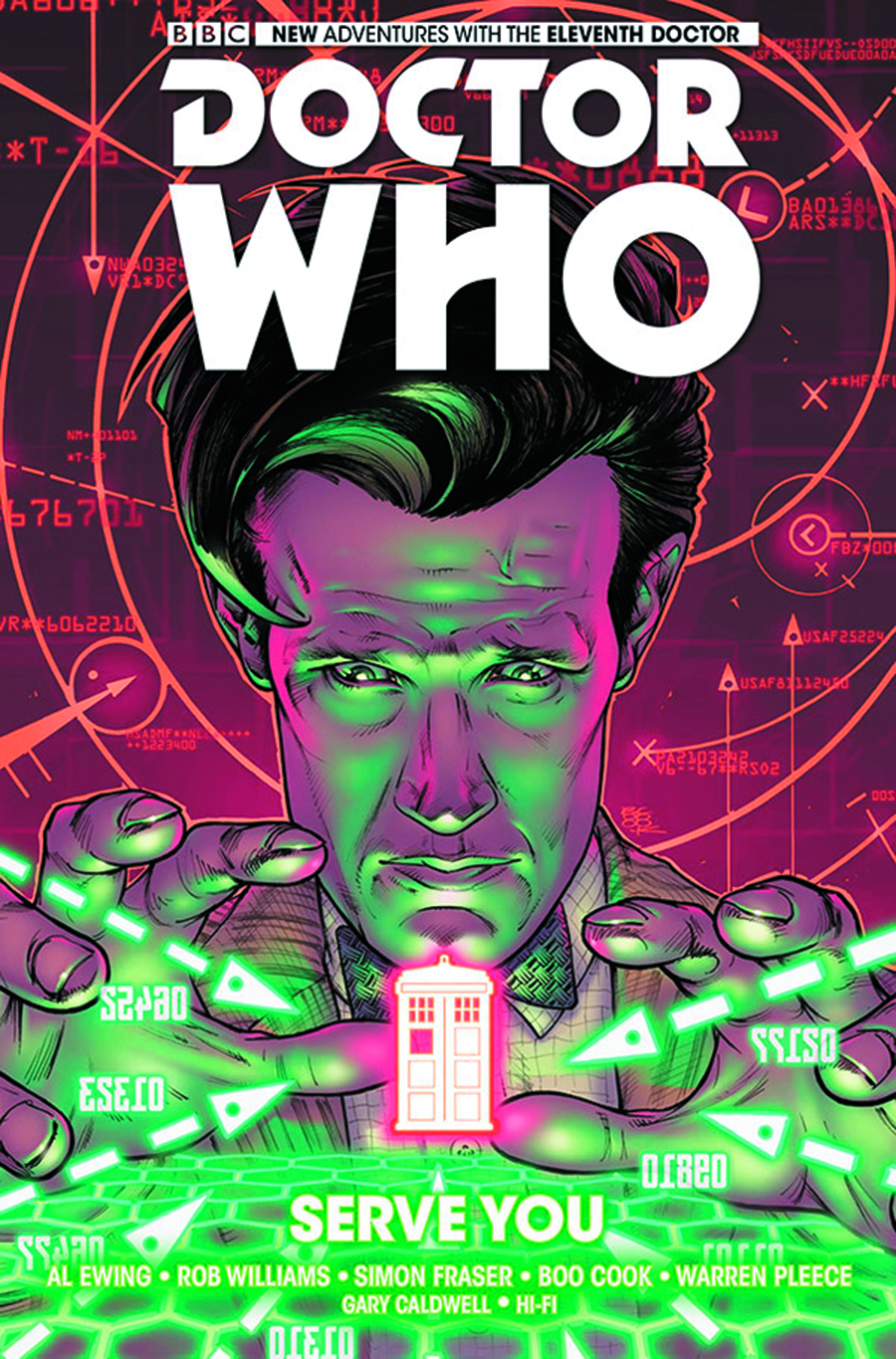 FEB151611
(W) Al Ewing, Rob Williams (A) Simon Fraser, Warren Pleece (A/CA) Boo Cook
A threat in reverse as time inside the TARDIS flows backwards! An ancient alien war for supremacy in the sky comes to near-future London! And the machinations of SERVEYOUinc revealed, when the Doctor hits them where it hurts - their wallets! Three companions, three times the danger, three times the excitement! Experience every twist and secret reveal in the thrilling second act of the eleventh Doctor's first year in comics! Collects Doctor Who: The Eleventh Doctor #6-10.
In Shops: Jun 24, 2015
SRP: $19.99
View All Items In This Series
ORDER WISH LIST