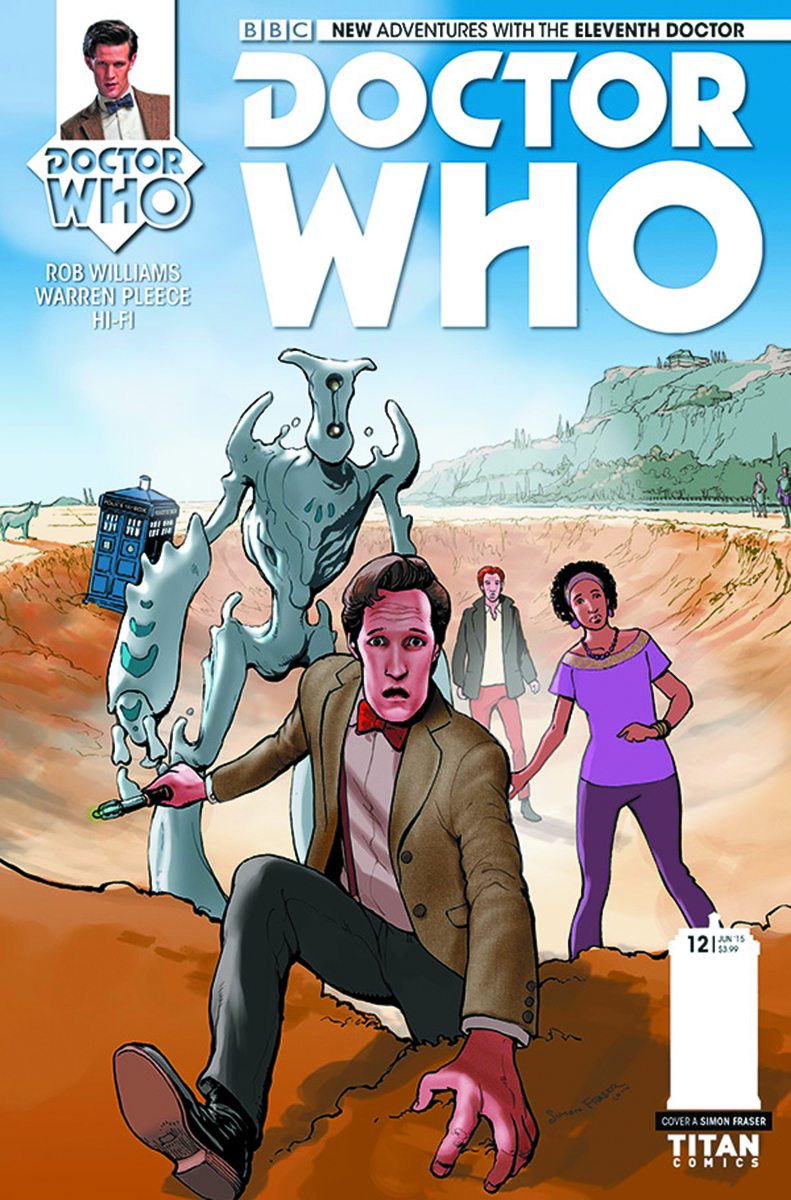 FEB151609
(W) Rob Williams (A) Warren Pleece (CA) Simon Fraser
A thrilling TARDIS chase through the atmosphere, after no ordinary comet! Tracking the Entity's signal from the Berlin Wall in 1976 to Rome in 312 CE, the Doctor, Alice, Jones, and ARC stumble into an ancient mystery that will forever change the course of human history! And the burden and dangers of a life aboard the TARDIS start to hit home for Jones - is this his farewell tour? Rob Williams (Ordinary) and Warren Pleece blast into a brand-new story arc! Don't miss the shocking reveal of what's inside the comet!
In Shops: May 20, 2015
SRP: $3.99
View All Items In This Series