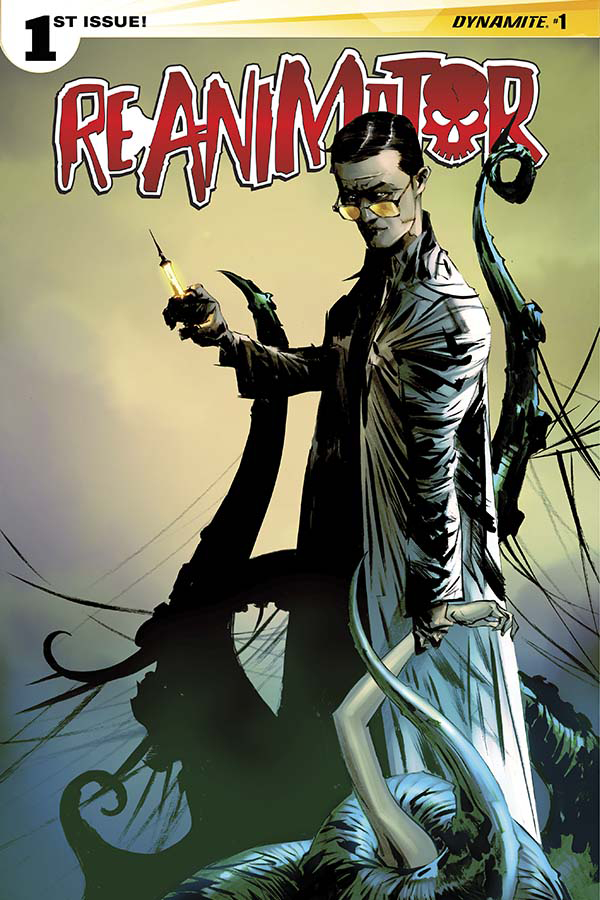 FEB151247
(W) Keith Davidsen (A) Randy Valiente (CA) Jae Lee, Francesco Francavilla, Tim Seeley, Andrew Mangum
Dr. Herbert West, The Reanimator, returns! Setting up shop in New Orleans, the brilliant Dr. West continues his life's work: the revival of the dead by purely chemical means. To accomplish this task, he recruits Susan Greene, a young and wide-eyed pharmacologist fascinated by his macabre experiments. Initially unfazed by West's unorthodox practices (including how he funds his research - by selling zombie brain fluid as a narcotic), Susan may regret her scientific curiosity as sinister forces - those aligned with Elder Gods and Haitian Voodoo - begin to align against the Reanimator!

Dynamite Entertainment proudly resurrects The Reanimator, H.P Lovecraft's notorious mad scientist, in a fear-fraught four-issue miniseries!  Take what you love best about the television shows "Breaking Bad" and "Walking Dead", throw in Cthulhu tentacle terror and backwater Louisianan superstition, and you have the all-new horror comic hit of 2015!
In Shops: Apr 08, 2015
SRP: $3.99
View All Items In This Series