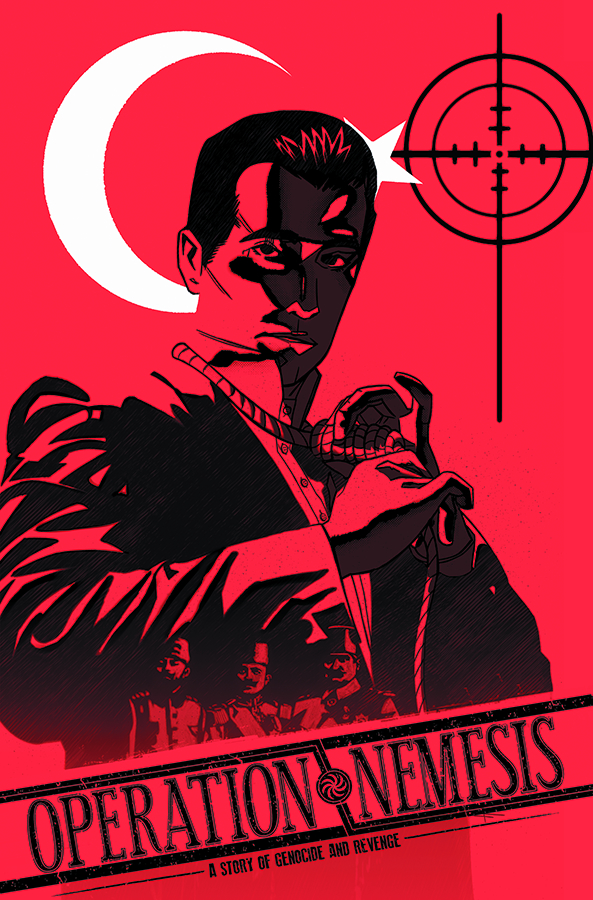 FEB151228
(W) Josh Blaylock (A/CA) Hoyt Silva
Based on the true story of a lone man who in 1921 killed the former leader of Turkey on the streets of Berlin and walked away a free man. Why? Because the German jury determined that the deceased was the architect of a nationwide massacre of over one million people. Commemorating the 100th anniversary of the Armenian Genocide.
In Shops: Apr 22, 2015
SRP: $18.99