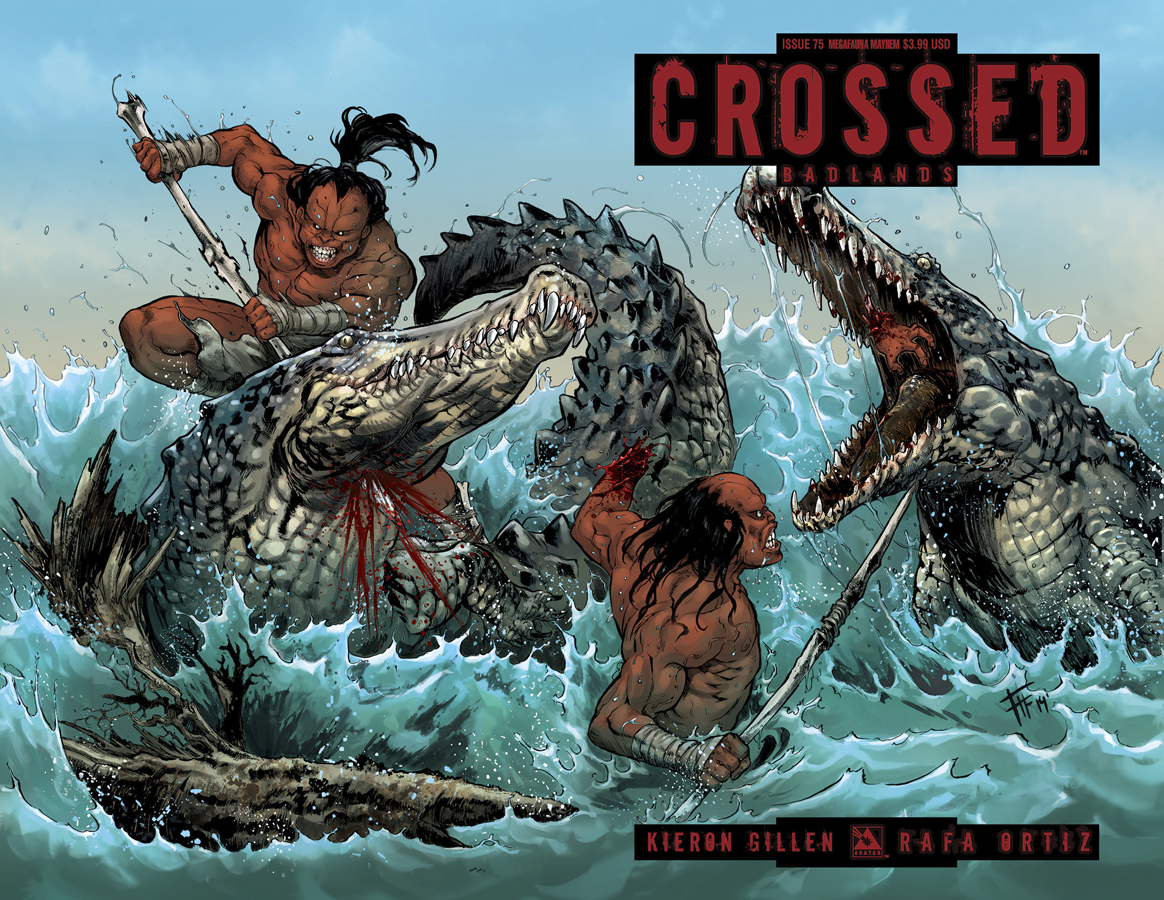 FEB151027
(W) Kieron Gillen (A) Rafa Ortiz (CA) Fernando Heinz
Crossed C-Day 2015 is here!  And to celebrate the event, superstar writer Kieron Gillen (Uber, Wicked & Devine) is launching a new story arc that will take the horrors of the Crossed back to the ancient past!  75,000 years ago was the closest humanity has ever came to being purged from the Earth.  There were as few as 2000 humans remaining.  This is historical fact.  Why it came to this is generally blamed on super-volcano Toba causing a minor ice-age. But that's not the full story.  That is not the history of the Homo Tortor, i.e. Man The Toturer.  This empire before the beginning of time, that sends raiding parties gathering other Homo species and enormous mega-fauna, invented cruelty, refined domination, perfected killing.  And they think their power will last forever. Join the hunt for historical answers with this issue that kicks off C-Day events worldwide as fans celebrate the grueling world of Crossed at comic shops everywhere.  There is no help, there is no hope.  There is only the Crossed.  Available with Regular, Homo Tortor, Megafauna Mayhem, & Terror Birds Covers by Fernando Heinz, Torture & Ritual Covers by Raulo Caceres, Wraparound Cover by Rafa Ortiz, Art Deco Cover by Michael DiPascale, Femme Fatale cover by Juan Jose Ryp, and a special Red Crossed Incentive Cover also by Heinz.