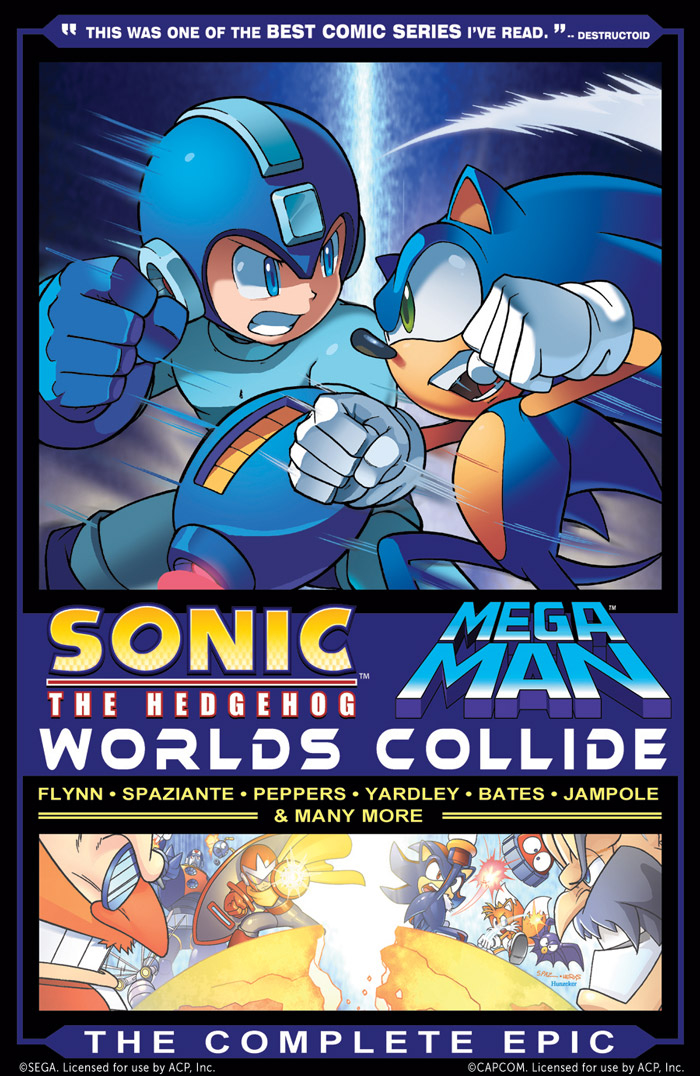 FEB150982
(W) Ian Flynn (A) Ben Bates, Gary Martin, Stephen Downer, Matt Herms, Jamal Peppers, Tracy Yardley, Ryan Jampole, Terry Austin, Evan Stanley (CA) Patrick Spaz Spaziante
It's the crossover of a lifetime! The team-up you've been dreaming of! Two of videogame history's most iconic heroes come together for the greatest action story ever told! Sonic The Hedgehog and Mega Man unite in Worlds Collide! It all begins with a meeting of the minds, evil minds! Dr. Wily makes contact with Dr. Eggman, and the two malicious mechanics conspire in a plan that will reshape entire worlds! It's pan-dimensional panic as Sonic and Mega Man race to uncover the doctors' diabolical plot, save Sonic's friends, and brave the nightmarish landscape of the Skull Egg Zone! Along the way they gain new allies, Mega Man gains all new powers, and the stakes keep getting higher until two universe hang in the balance! You cannot miss this critically acclaimed crossover! Celebrated by old and new fans alike, beloved by critics and casual readers, this is one big love letter to all things Sonic and Mega Man!
In Shops: Jan 06, 2016
SRP: $29.99