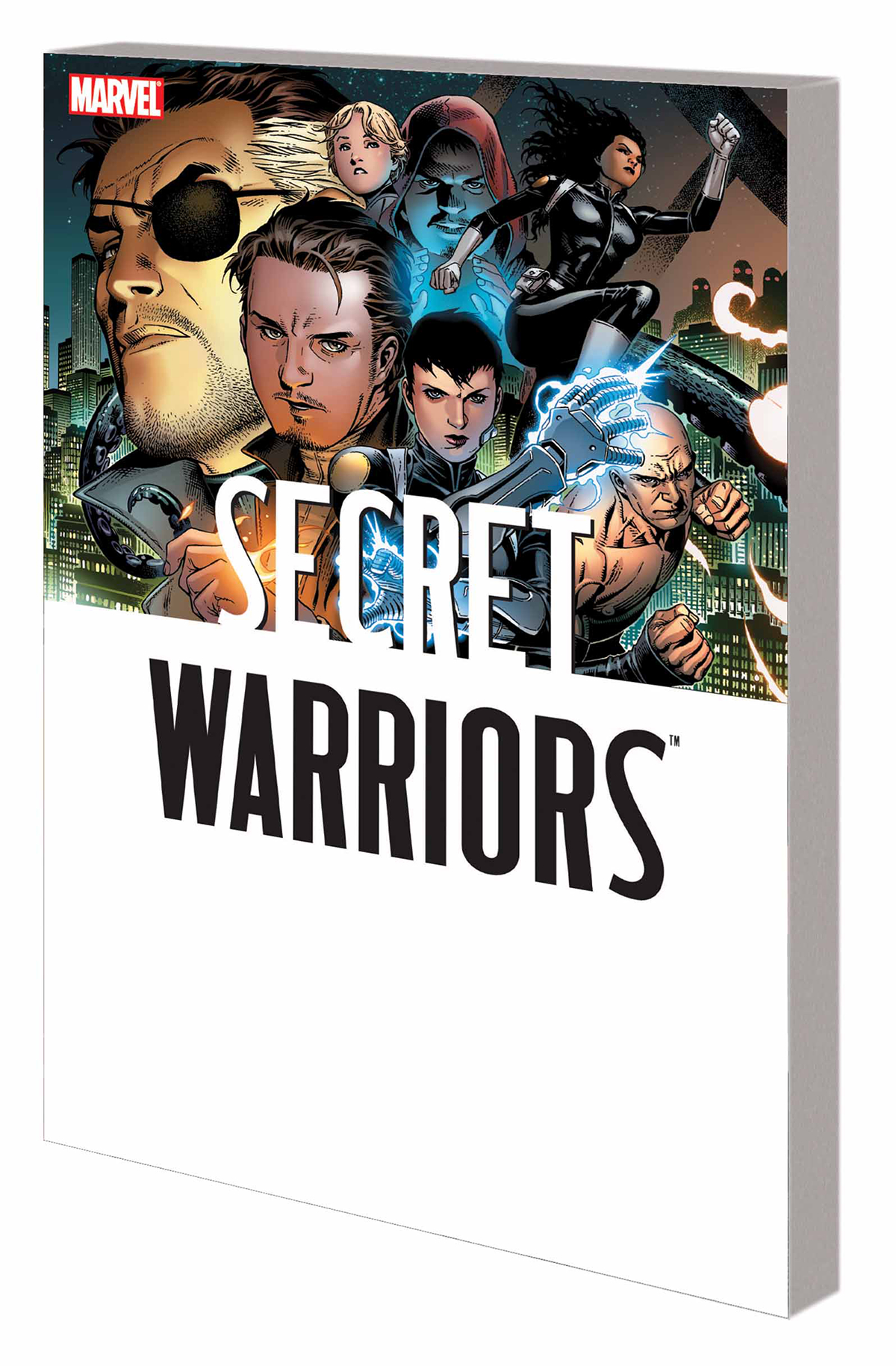 FEB150871
(W) Jonathan Hickman, Brian Michael Bendis (A) Various (CA) Jim Cheung
Nick Fury, former director of the now-defunct S.H.I.E.L.D, has gathered a special handpicked team. Young and untested, the Secret Warriors are the offspring of the most powerful forces on Earth - and with Fury's guidance, they might just have what it takes to save the world. But their mission is upended when Fury uncovers a bombshell Hydra conspiracy that reaches back for decades to the very beginnings of S.H.I.E.L.D.! As the Howling Commandoes reunite, and the Secret Warriors face Norman Osborn's Dark Avengers and Thunderbolts, the Leviathan stirs in the darkness, preparing to take on Hydra! The only group that can stop either of these world-conquering organizations is Nick Fury's Secret Warriors. But are these young soldiers unraveling under the pressure? Collecting SECRET WARRIORS #1-16, DARK REIGN: THE LIST - SECRET WARRIORS #1 and material from DARK REIGN: NEW NATION #1.
Rated T+
In Shops: May 20, 2015
SRP: $34.99
View All Items In This Series
ORDER WISH LIST