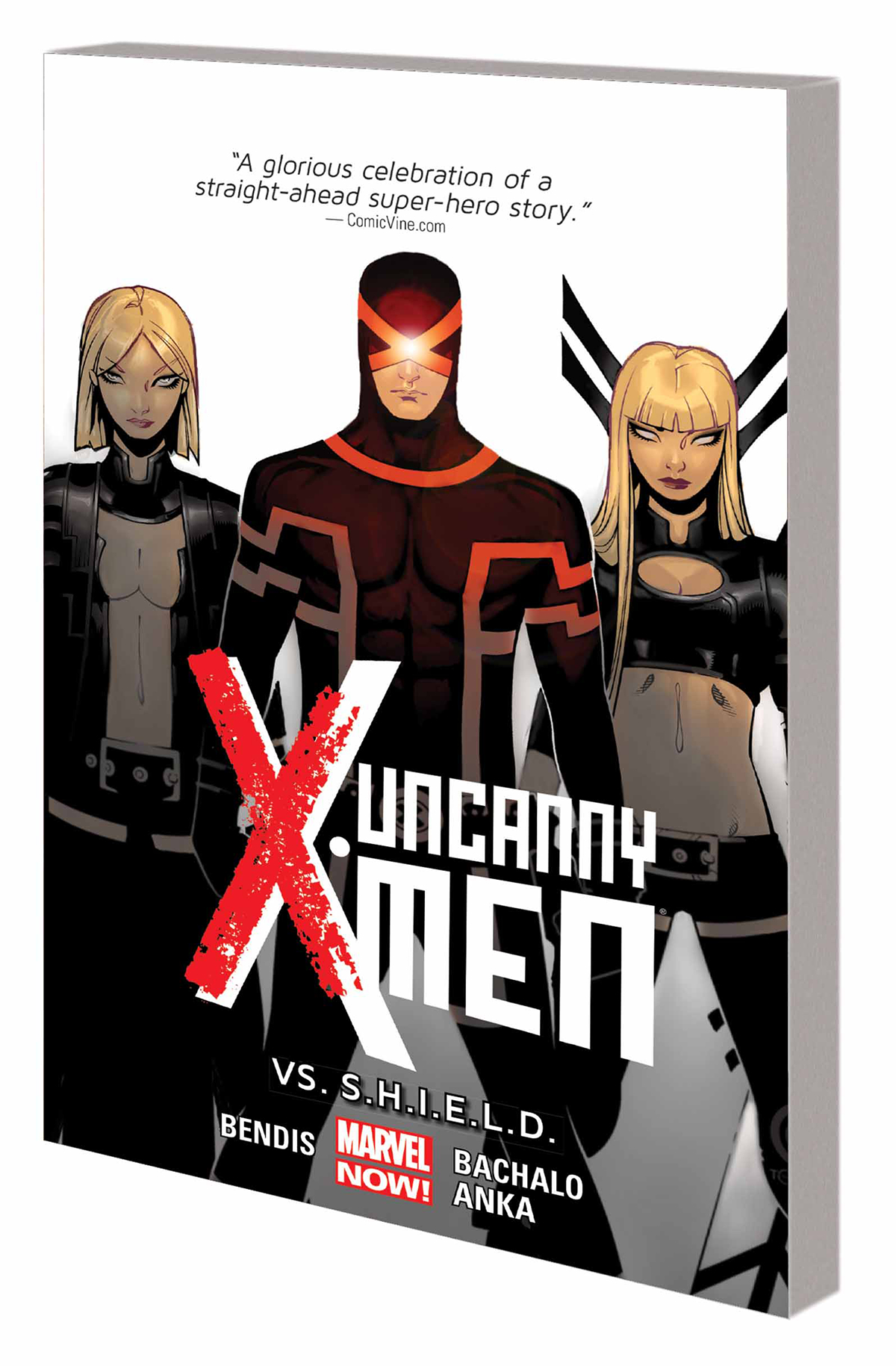 FEB150865
(W) Brian Michael Bendis (A) Kris Anka (A/CA) Chris Bachalo
Revolution is over. The war has begun. Cyclops and his Uncanny X-Men are tired of the hunt. After another near-fatal Sentinel attack, they take the fight to S.H.I.E.L.D. Maria Hill claims she doesn't know who's building the Sentinels - but she hasn't stopped them, either. She's relying on Dazzler, S.H.I.E.L.D.'s mutant liaison, to help defuse the situation. But Dazzler lies incapacitated in Mystique's headquarters - and Mystique makes a convincing imitation! And where is Magneto, the former head of the mutant movement? Then, it's an Original Sin tie-in as Charles Xavier's last will and testament is discovered, but what's concealed within its pages might be the X-Men's ultimate undoing! Could a previously unknown power now be their greatest threat? How will the Uncanny X-Men cope with the shadows of Xavier's past? Collecting UNCANNY X-MEN (2013) #19-25.
Rated T+
In Shops: May 20, 2015
SRP: $24.99
View All Items In This Series
ORDER WISH LIST