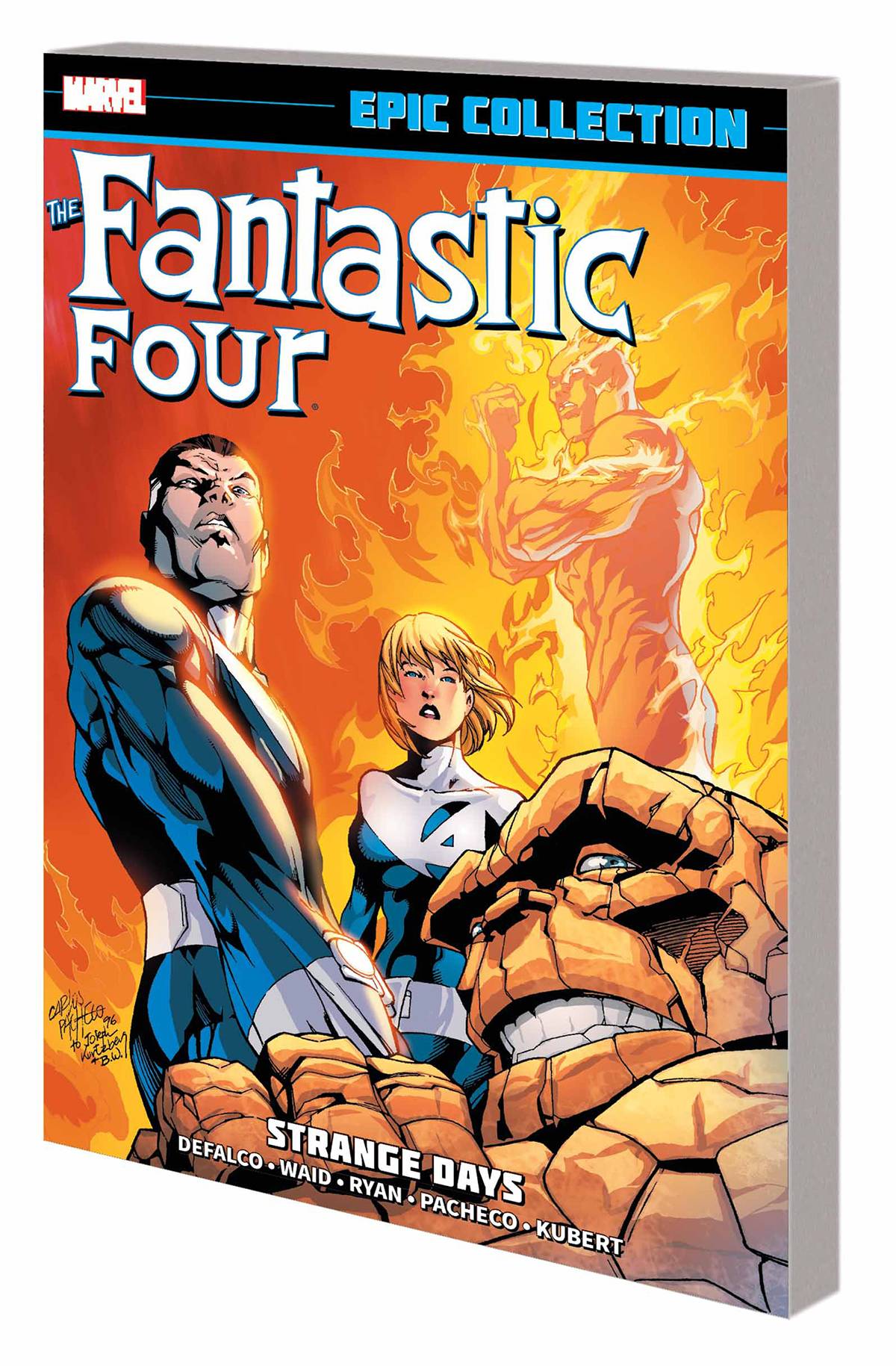 #
FEB150863
(W) Various (A) Various (CA) Carlos Pacheco
Life and death struggles for Marvel's First Family! Just when the FF were coming to terms with Reed Richards' demise, he makes a suitably fantastic return! But that means Doctor Doom is alive, too! How did they both survive? Hyperstorm has all the answers, but his incredible lineage means he may be the one foe the Fantastic Four can't beat. That's not the only problem Reed has - there's also the small matter of the Sub-Mariner's feelings for Sue! A rejuvenated Franklin completes the family reunion, but will a reassembled Fantastic Four have any room for Scott Lang, aka Ant-Man? The legendary band is back together, but their joy won't last for long. Onslaught is coming! Collecting FANTASTIC FOUR (1961) #403-416, FANTASTIC FOUR: THE LEGEND, ONSLAUGHT: MARVEL UNIVERSE and material from TALES OF THE MARVEL UNIVERSE.
Rated T
In Shops: May 20, 2015
SRP: $34.99
ORDER WISH LIST