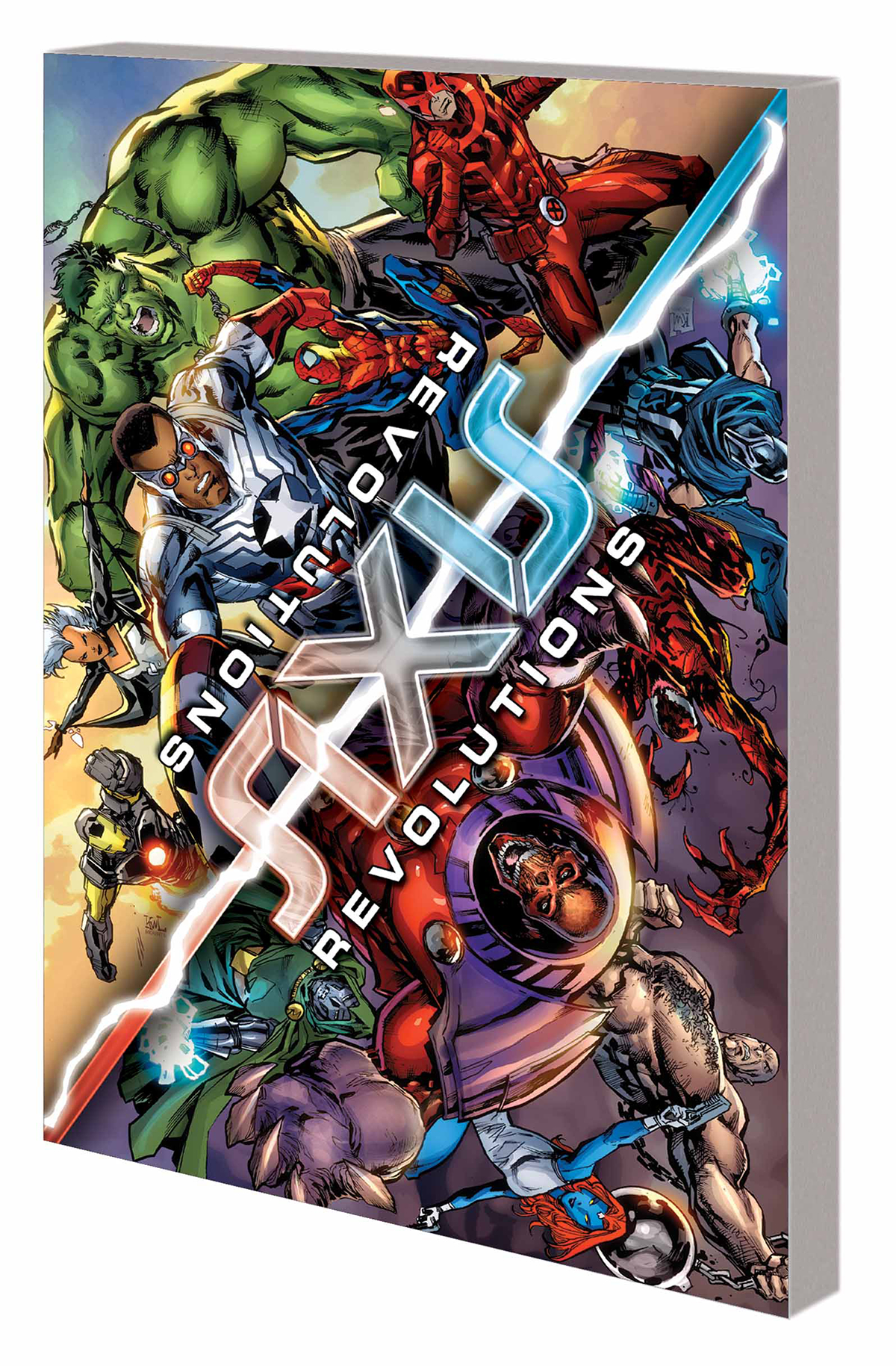 FEB150859
It's a compendious collection of companion stories, spinning directly out of Marvel's newest blockbuster event, AXIS! As the Red Skull broadcasts hate across the globe, can the Avengers and X-Men quell the madness? Or will they be swept up in it? New world disorder is the name of the game as the Skull's havoc touches every mind on the planet - and the heroes' cure proves worse than the disease! Heroes go bad! Villains go good! And Thor goes...on a bender? Now, shock follows shock as Dr. Strange struggles against his hate, She-Hulk breaks the law, Sandman reaches out to help a friend in prison, Kitty Pryde robs a bank, and Nightcrawler decides to avenge the death of Wolverine...by hunting down Sabretooth! Experience the inverted world of the Marvel Universe like never before! Collecting AXIS: REVOLUTIONS #1-4.
Rated T+
In Shops: May 20, 2015
SRP: $12.99
ORDER WISH LIST