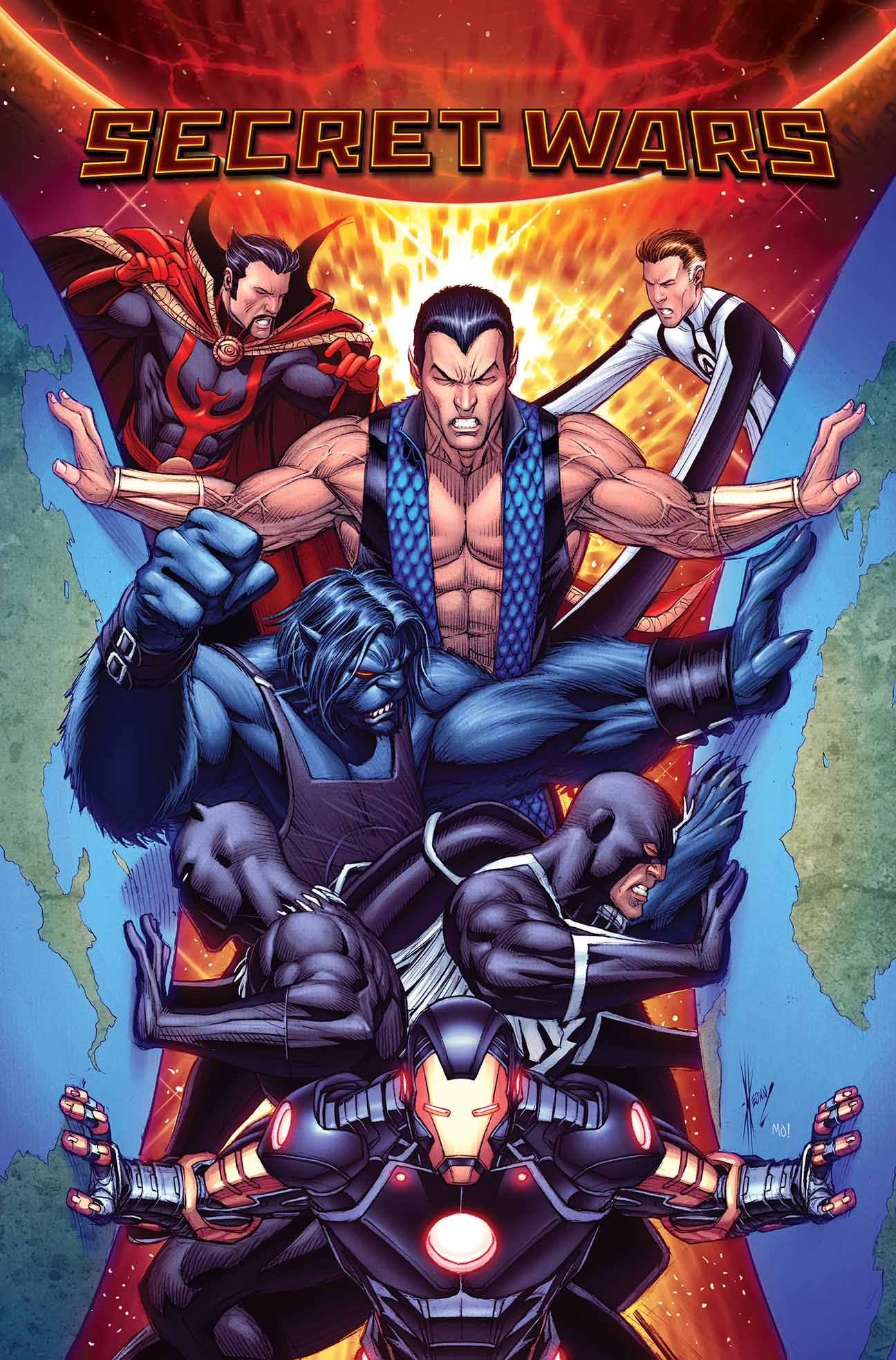 FEB150858
(W) Various (A) Various (CA) Dale Keown
Follow the path to 2015's event to end all events, Secret Wars - an epic more than 30 years in the making! From the senses-staggering climax of 1984's original SECRET WARS saga, to the origin of Miles Morales, the new Ultimate Spider-Man, it's all been leading up to this. And Marvel's master planner, Jonathan Hickman, has long been planting seeds for the story only he could write. The Ultimates face an enemy more powerful than the gods - and Reed Richards is its leader! Doctor Doom faces threats from a universe he created! And the Illuminati reunite to face the reality-destroying threat of the Incursions! War is coming - be ready! Collecting NEW AVENGERS (2013) #1-3, MARVEL SUPER HEROES SECRET WARS #10-12, FANTASTIC FOUR (1961) #611, ULTIMATE COMICS SPIDER-MAN (2011) #1 and ULTIMATE COMICS ULTIMATES #4.
Rated T+
In Shops: May 06, 2015
SRP: $34.99
ORDER WISH LIST