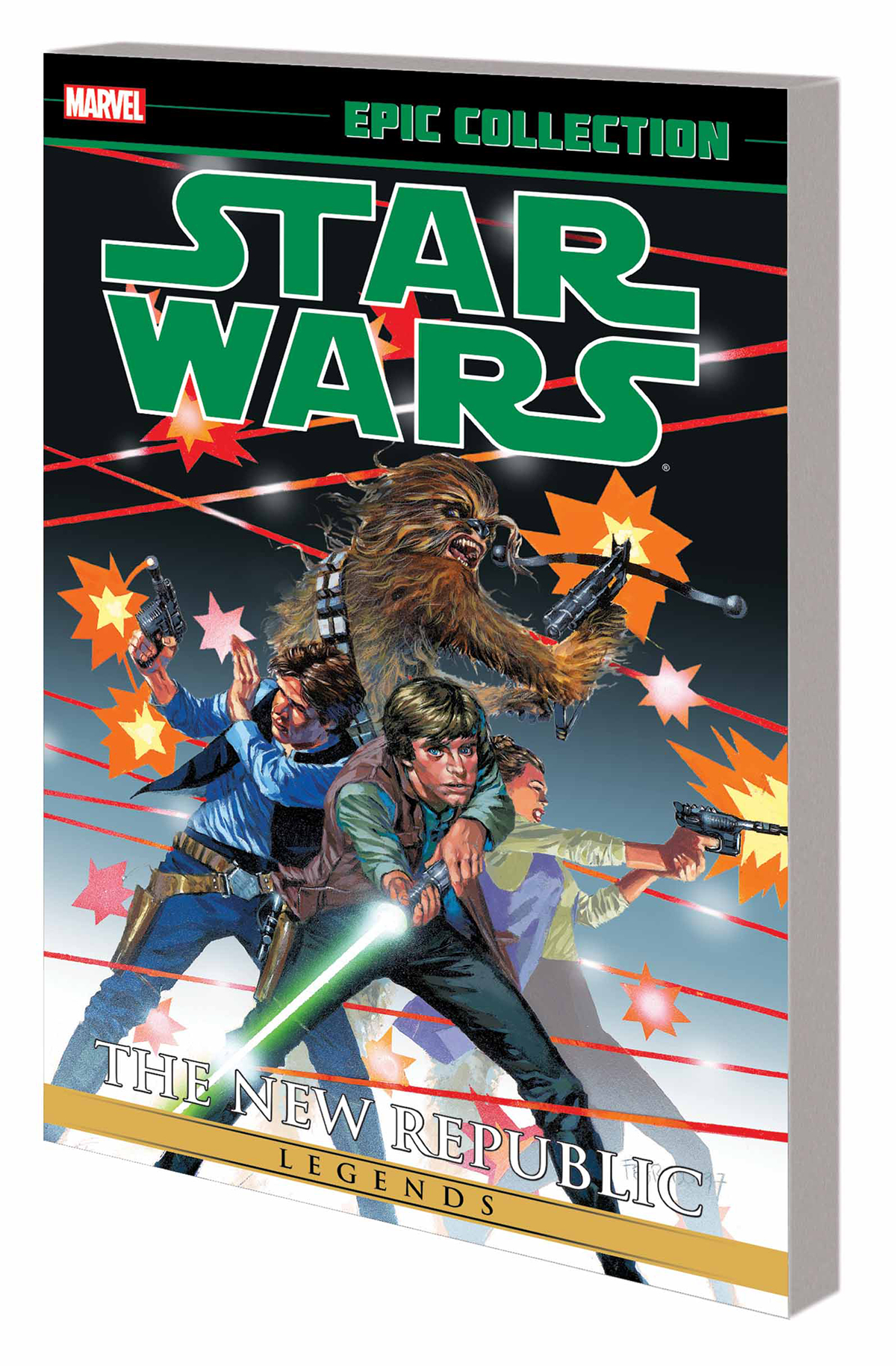 FEB150853
(W) Various (A) Various (CA) Duncan Fegredo
When the Empire falls, a New Republic rises! After Star Wars: Episode VI - Return of the Jedi, Emperor Palpatine is dead - but can his faithful Hand, Mara Jade, complete her final mission of revenge? Replica droid assassin Guri has also lost her master...but as she struggles for humanity, her android brain makes her a target! When rivals clash over Jabba the Hutt's criminal empire, the Bloated One makes a surprising appearance! And a mysterious doppelganger is asking for trouble impersonating everyone's favorite bounty hunter - it's Boba Fett vs. Boba Fett! Collecting STAR WARS: MARA JADE - BY THE EMPEROR'S HAND #0-6, STAR WARS: SHADOWS OF THE EMPIRE - EVOLUTION #1-5, STAR WARS: THE JABBA TAPE, STAR WARS: BOBA FETT - TWIN ENGINES OF DESTRUCTION, and material from STAR WARS TALES #1, #3-5, #10, #14-15, #20 and #22.
Rated T
In Shops: May 13, 2015
SRP: $34.99
View All Items In This Series
ORDER WISH LIST