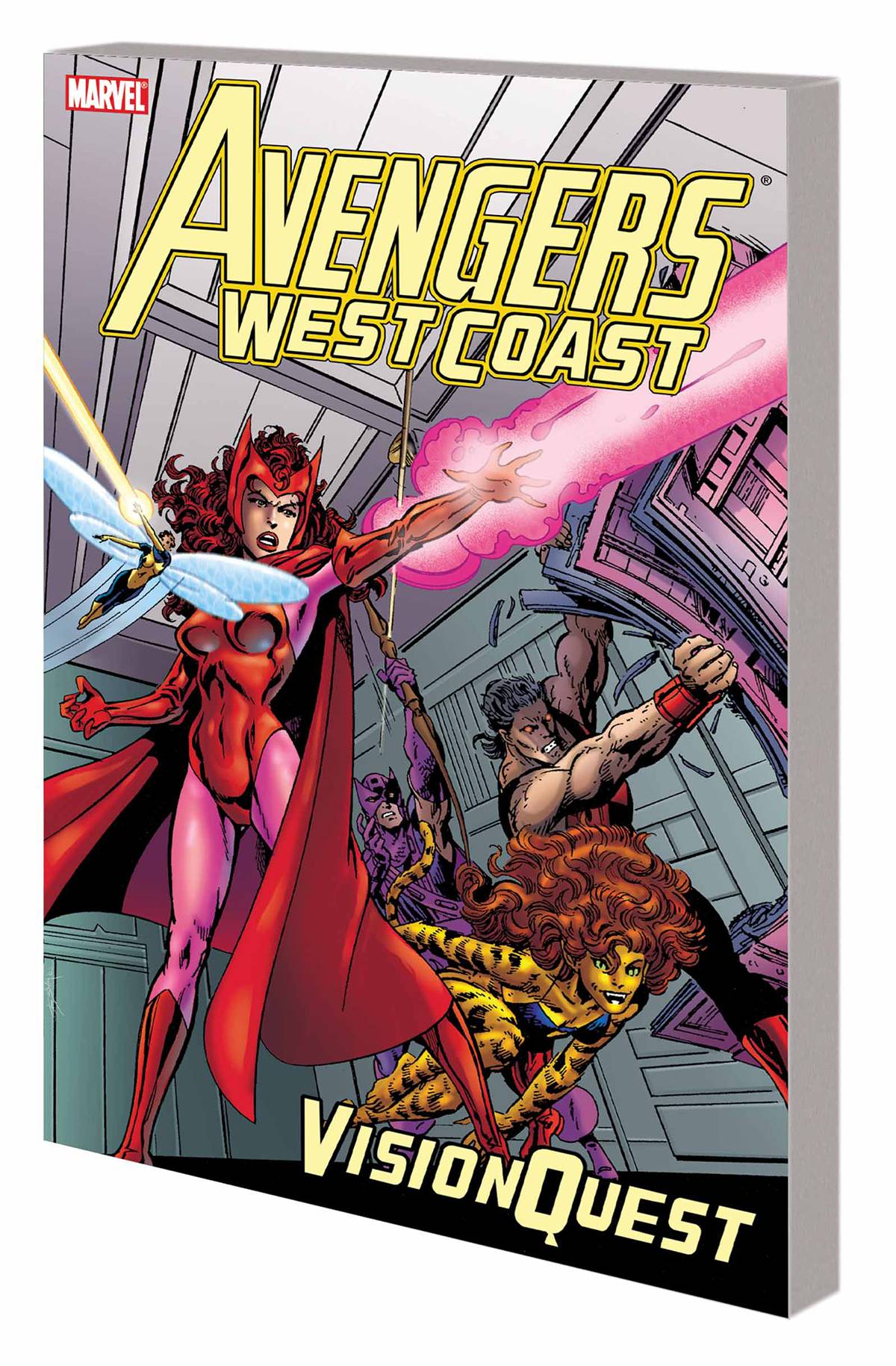 #
FEB150850
(W) John Byrne (A/CA) John Byrne
It's battles, betrayals and the bizarre as only Byrne could bring you! Watch as one of comicdom's most recognizable talents remakes the West Coast Avengers, starting with the capture and dismantling of the Vision! As secrets about the synthezoid come to light, the Whackos are determined to get their teammate back, safe and sound - but what happens when the Vision they recover isn't the Vision they remember? And most important, how will this shocking change affect the Vision and the Scarlet Witch's marriage...and family? Plus: Ancient secrets of humanity revealed! The Scarlet Witch's first step into the descent that disassembled the Avengers! The debut of the Great Lakes Avengers! And featuring the triumphant return of one of Marvel's hottest golden age greats: the original Human Torch! Collecting WEST COAST AVENGERS (1985) #42-47 and AVENGERS WEST COAST #48-50.
Rated T
In Shops: Apr 29, 2015
SRP: $24.99