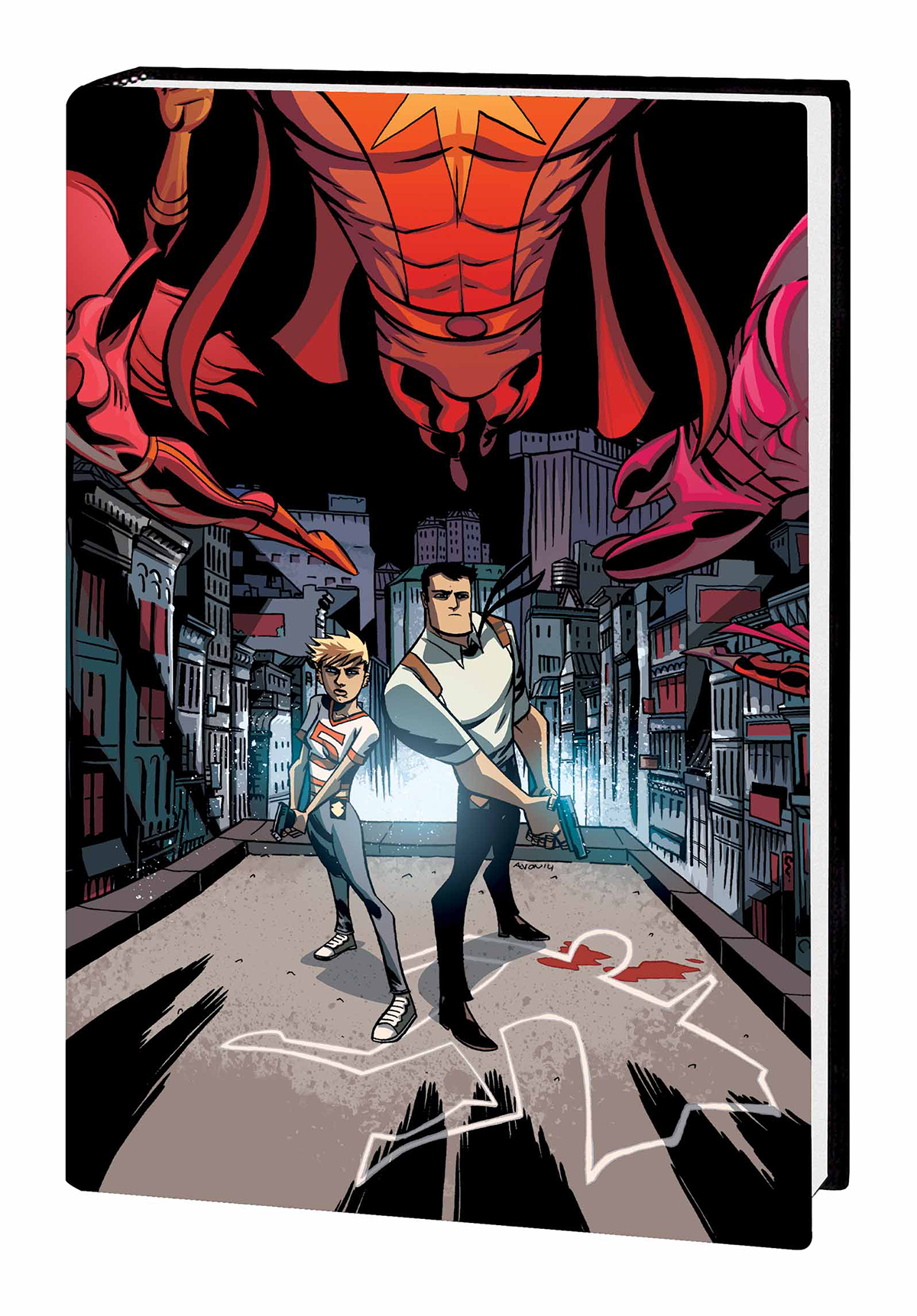 FEB150837
(W) Brian Michael Bendis (A/CA) Michael Avon Oeming
Heroes glide through the sky on lightning bolts and fire, alien creatures clash in epic battle - and on the dirty city streets below, homicide detectives Christian Walker and Deena Pilgrim do their jobs. The award-winning mashup of cops and capes that's taken PlayStation Network by storm finally gets an omnibus edition - completely redesigned, reformatted and reworked! This collection brings together every issue of the first volume of POWERS in one beautiful collection, starting with the mysterious death of Retro Girl, a superhero roleplaying game gone deadly and a Powers groupie murder - and featuring all the characters and stories that eventually won the prestigious Eisner Award, and made creators Brian Michael Bendis and Michael Avon Oeming comic superstars! Also includes the POWERS strips, a gallery of unused art and covers, a key to the POWERS superstar cameos, interviews, Easter eggs and more. Collects POWERS (2000) #1-37.
Mature
In Shops: Aug 19, 2015
SRP: $125.00
View All Items In This Series
ORDER WISH LIST