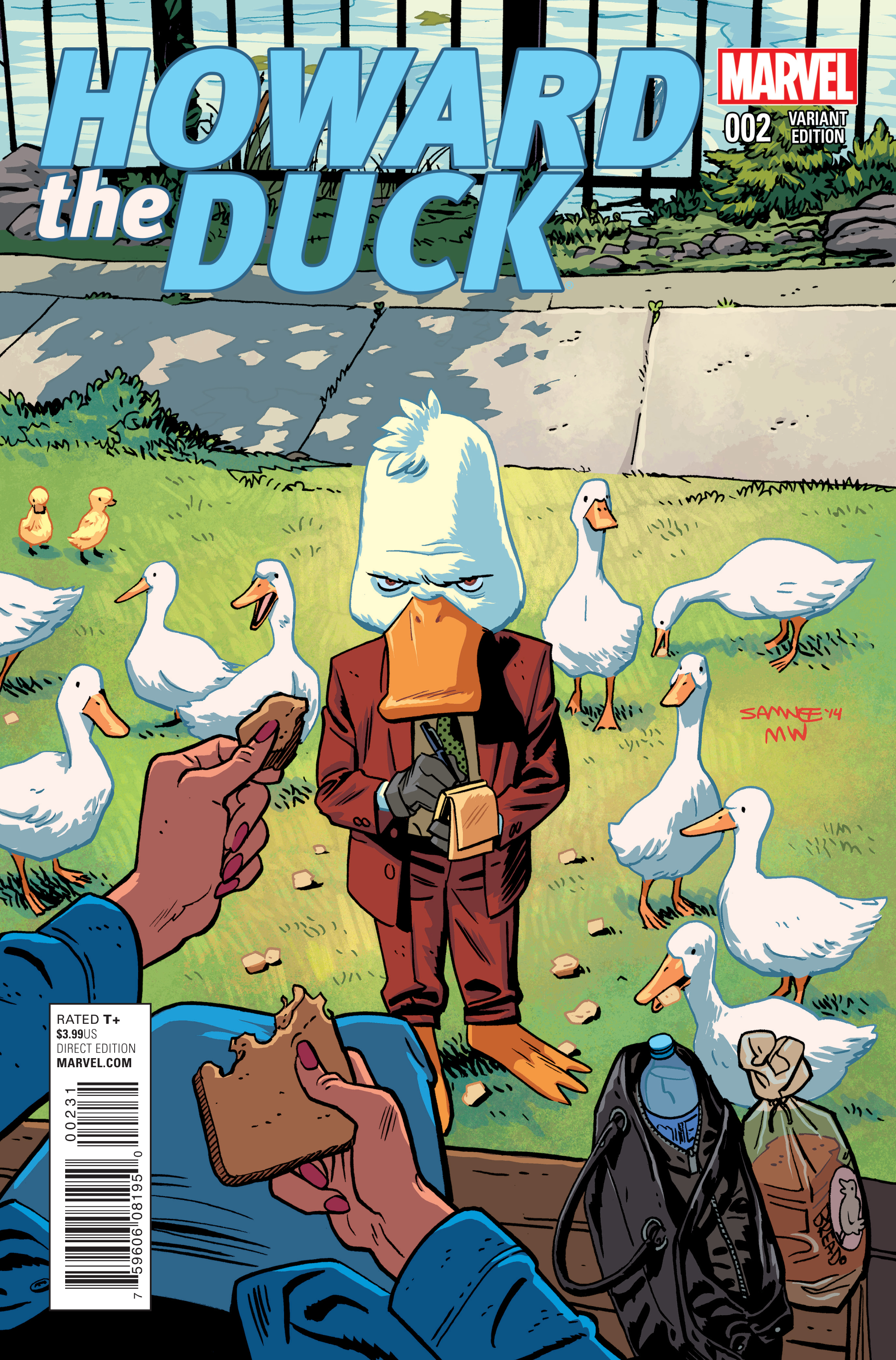 FEB150774
(W) Chip Zdarsky (A) Joe Quinones (CA) Chris Samnee
• Howard's first big case has taken him across the universe and landed him in the clutches of THE COLLECTOR! •  But he's not alone as the very popular ROCKET RACOON is a prisoner as well! Have you ever seen a comic book sequel to a post-credits scene in a movie?
•  Well, you will now! Join comics legend STAN LEE in reading this issue (I'm assuming he'll read it. Hi Stan!)!
Rated T+
In Shops: Apr 08, 2015
SRP: $3.99
View All Items In This Series