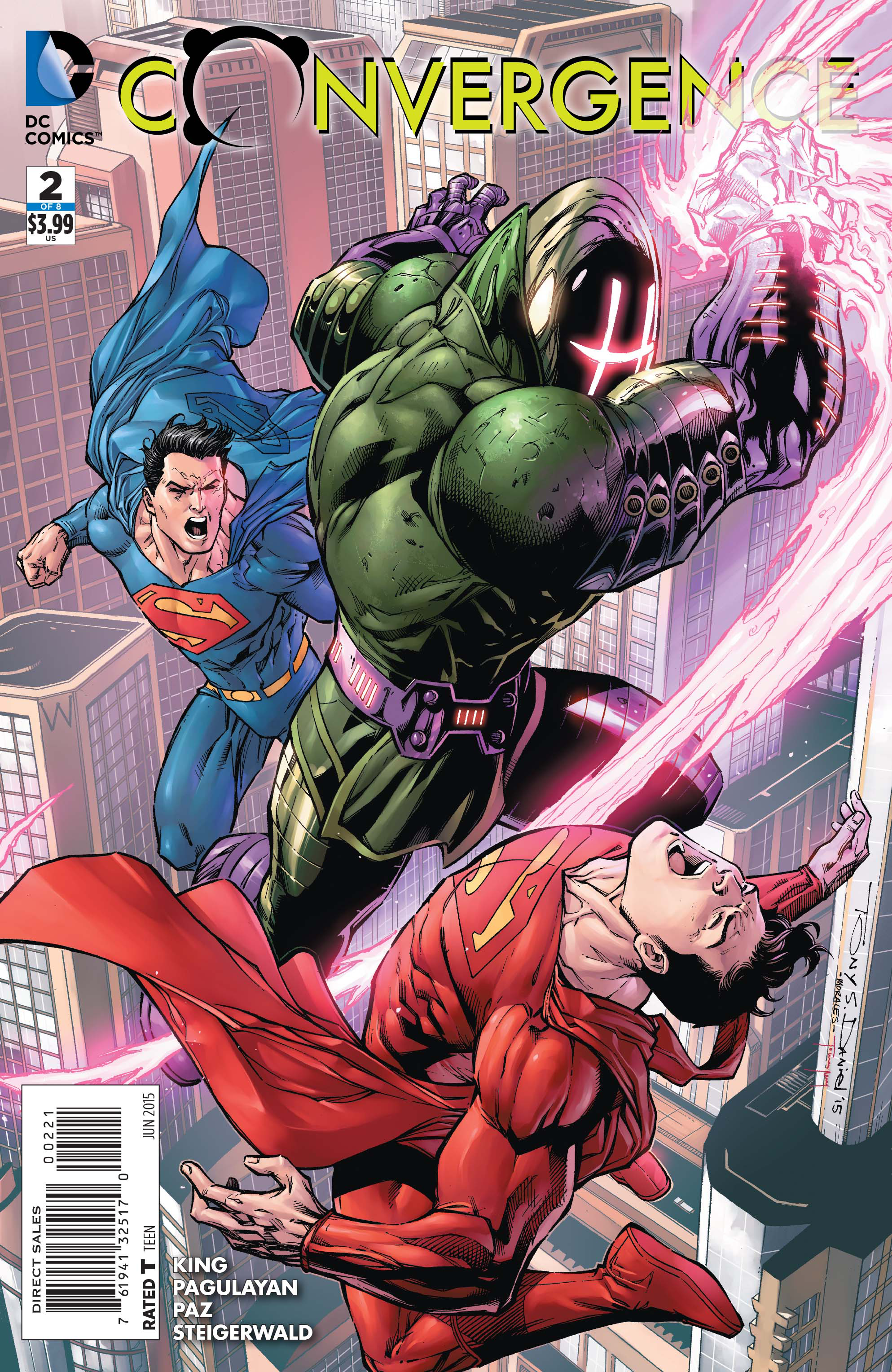 FEB150143
(W) Jeff King (A) Carlo Pagulayan, Jason Paz (CA) Tony S. Daniel, Mark Morales
As Telos, the Planet Incarnate, easily defeats the survivors of Earth 2, Thomas Wayne and Dick Grayson set off to find help in the pre-Flashpoint Gotham City. The emotional implication of these worlds colliding comes crashing down when Thomas Wayne confronts this world's Batman, as father meets son!
Plus, Alan Scott's attempts to connect with The Green yield unexpected results, setting our team on a quest to escape the planet. And the cyborgs of Futures End engage in a battle to the death against the reimagined heroes of the Just Imagine Universe, while the city of Superman Red and Blue takes on the opposing forces from GENERATIONS!
In Shops: Apr 15, 2015
SRP: $3.99
View All Items In This Series