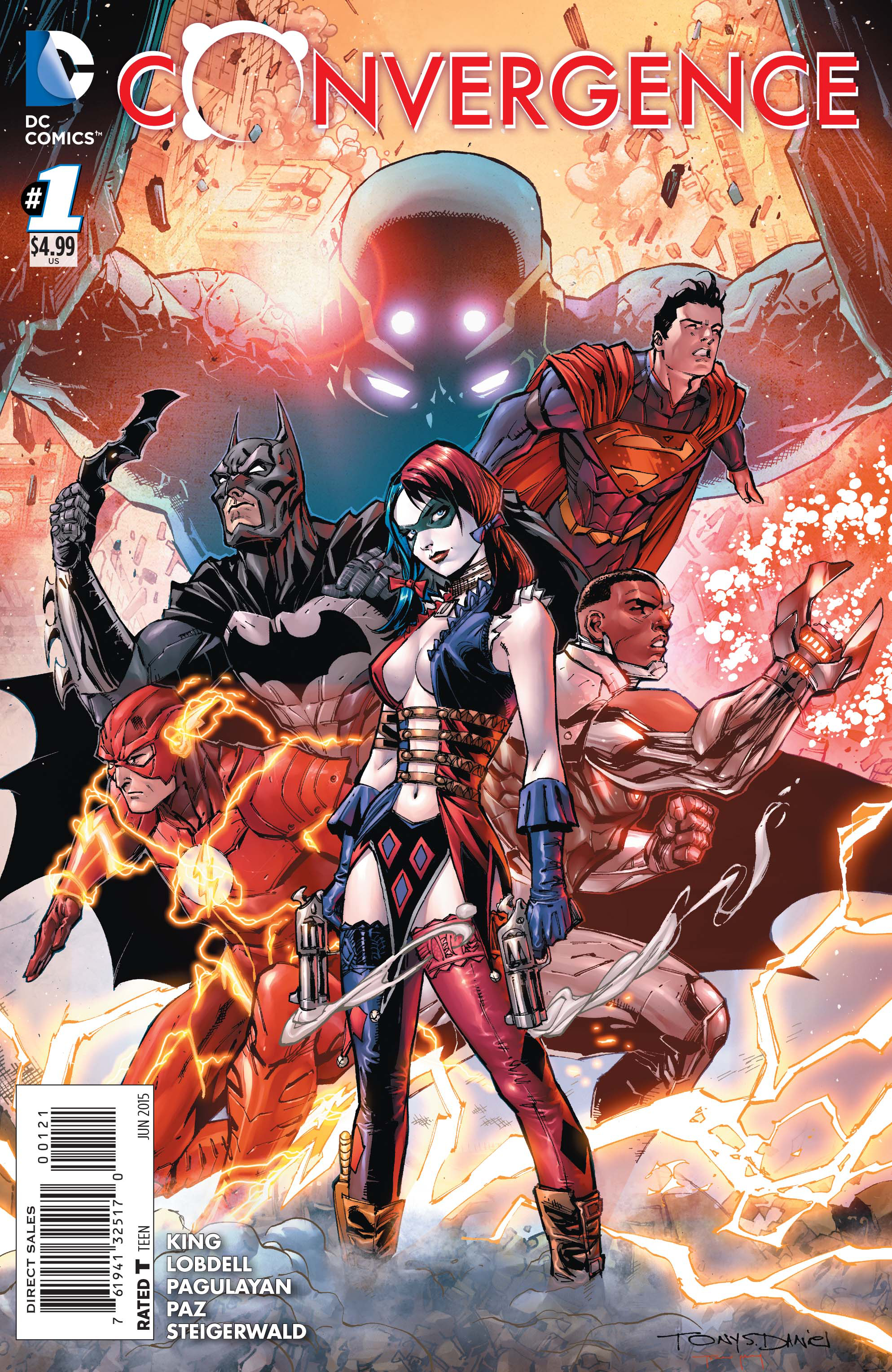 FEB150138
(W) Scott Lobdell, Jeff King, Jason Paz (A) Carlo Pagulayan (CA) Tony S. Daniel, Mark Morales
This is it! The entire DC Universe, from the dawn of time through The New 52, must fight to survive against a threat that bends the Multiverse to its will. Your favorite characters from every era and every forgotten series are all here! But are you going to say hello again just to say goodbye forever? The stakes have never been higher as the heroes of Crisis, Zero Hour, Elseworlds, and more are brought together for Convergence!
In the first issue of this weekly series, Brainiac has collected cities of doomed and forgotten worlds, who must battle each other - and the losers will be destroyed! But why is he forcing this conflict? Join the refugees from Earth-2 as they unlock the truth behind this world that exists outside time and space and is very much alive! Is Brainiac really in control - or is this planet named Telos an unparalleled force of evil?
This extra-sized issue is packed with twists and turns and appearances you NEVER thought you'd see - including the heroes from the hit series INJUSTICE!
In Shops: Apr 08, 2015
SRP: $4.99
View All Items In This Series
ORDER WISH LIST