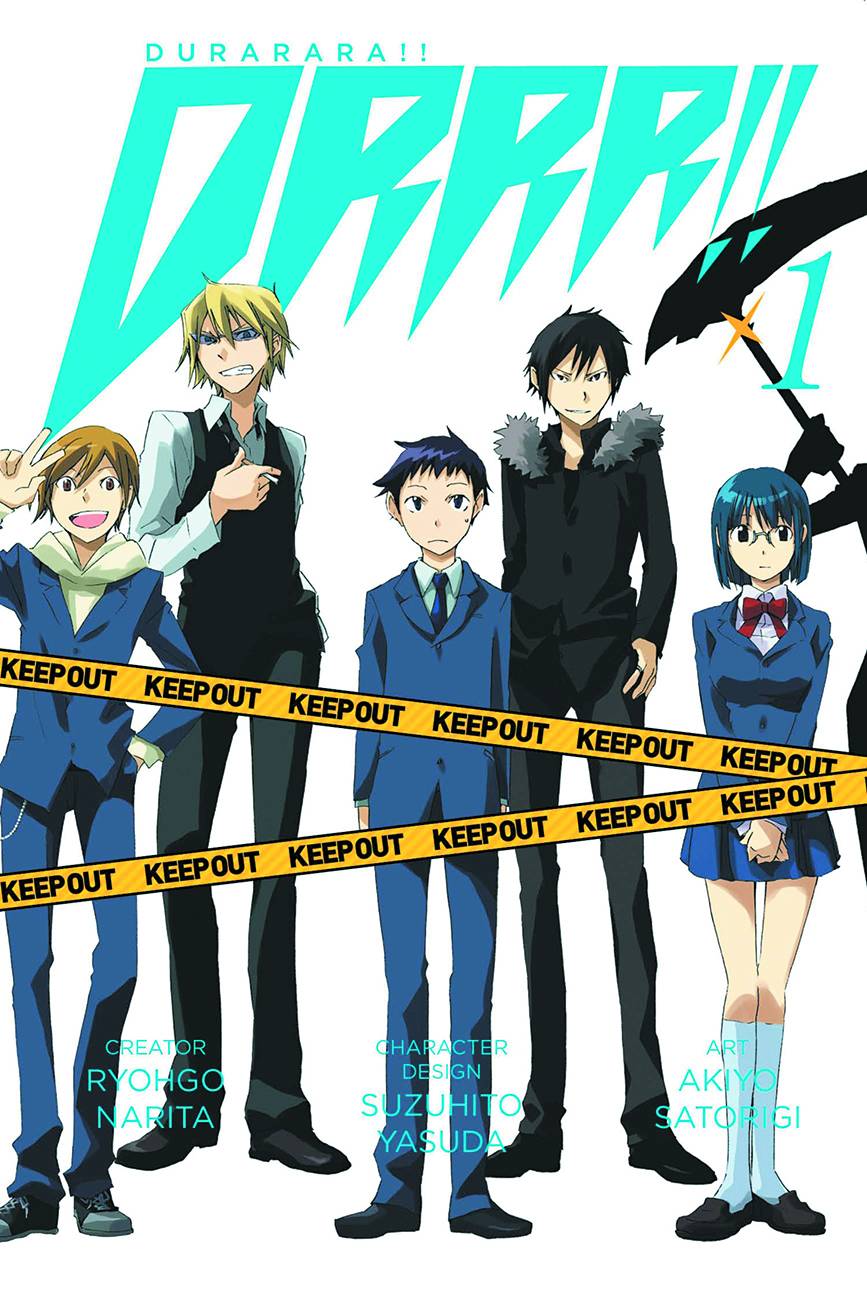 #
FEB148199
(W) Ryohgo Narita, Suzuhito Yasuda (A/CA) Akiyo Satorigi
High school student Mikado, yearning for a life less ordinary, makes his way to Tokyo at the invitation of an old friend. His destination: Ikebukuro, a hotbed of madmen living out their most unusual lives. On his first day, Mikado encounters a cast of characters so colorful, his rural hometown pales by comparison! Mikado also chances upon a sight that leaves him rubbing his eyes and scratching his head - the Black Biker soundlessly weaving through the streets like a figure out of an urban legend. Who is this "Headless Rider" on the jet black metal and rubber steed?
In Shops: Apr 16, 2014
SRP: $13.00
View All Items In This Series
ORDER WISH LIST