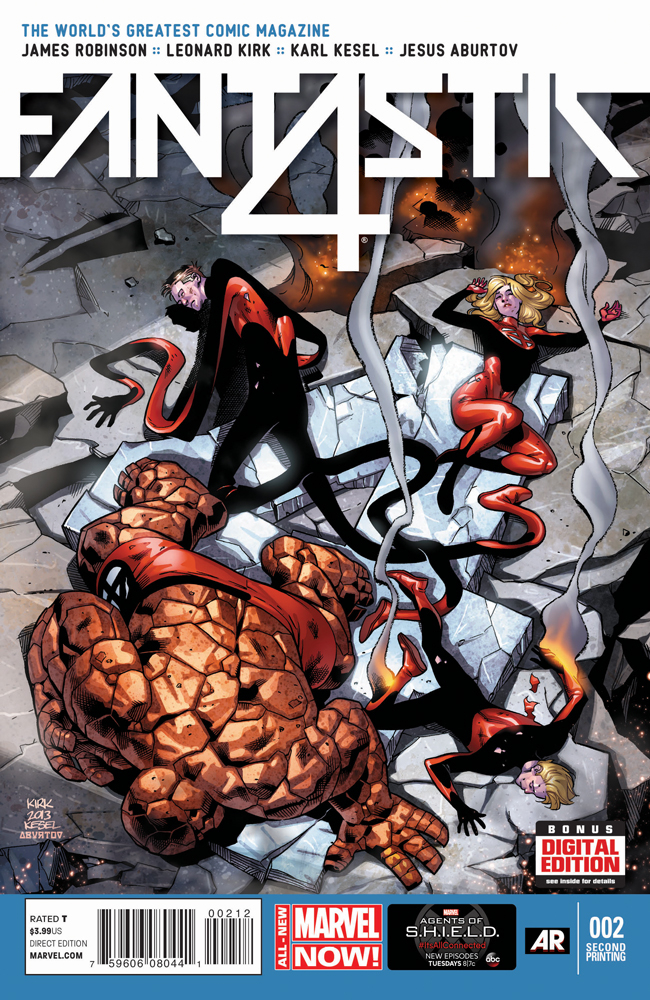 FEB148096
(W) James Robinson (A) Karl Kesel (A/CA) Leonard Kirk
From Marvel Comics. "The Fall of the Fantastic Four" Part 2 -- Manhattan is under attack by a monstrous killer swarm from a corrupted pocket universe, and in order to defeat it the Fantastic Four will need all their courage, powers and skill ... as well as those of every other hero in New York! But to attain final victory one of the First Family will must make a terrible sacrifice! And so the first strings are pulled and the first pieces are put in place ... on the Fantastic Four's downfall! Scheduled to ship 04/23/14. (161)