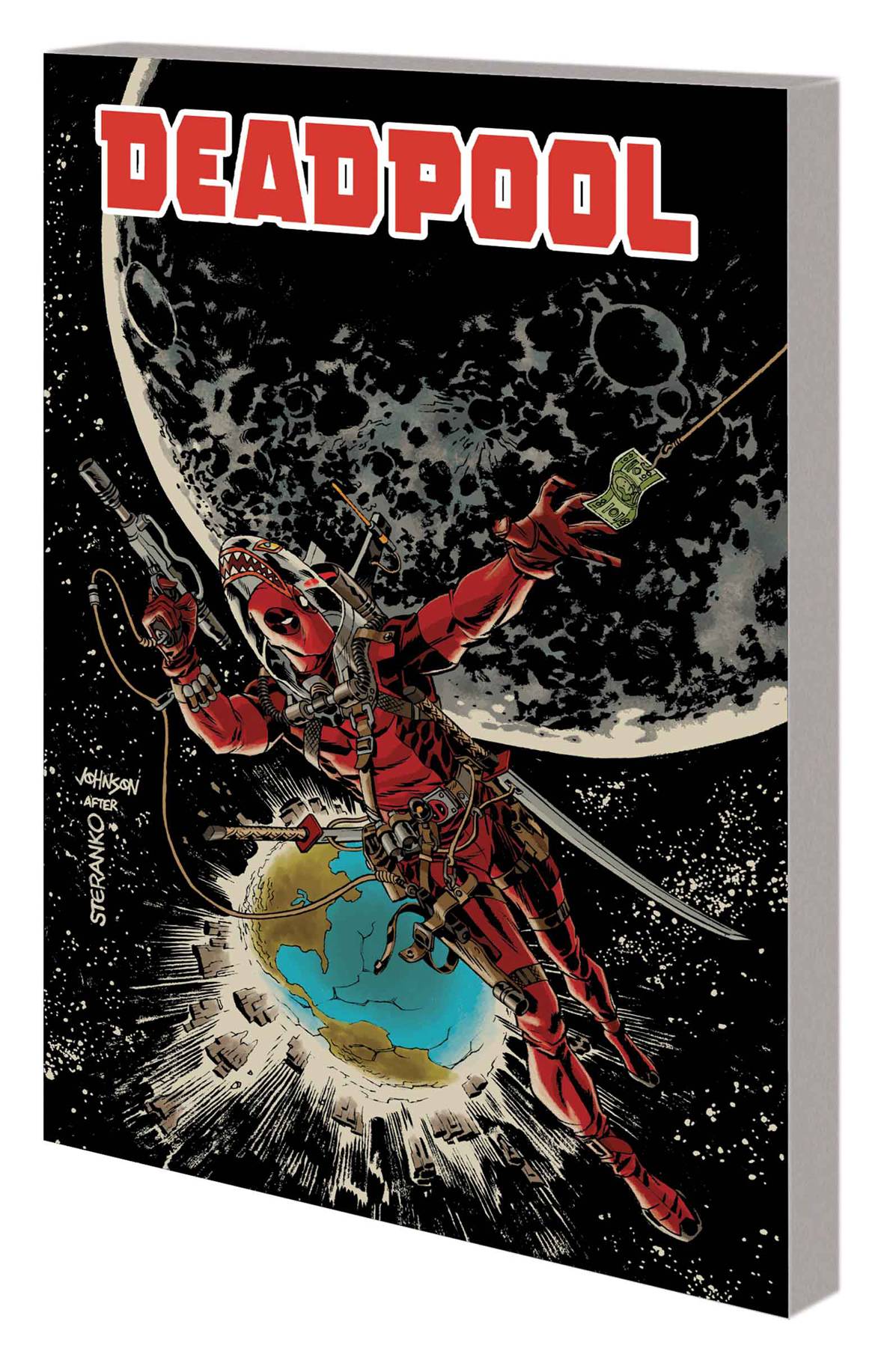 #
FEB140849
(W) Daniel Way (A) Various (CA) Dave Johnson
Deadpool heads into space to increase his intergalactic cred. Will taking on galactic assassin Macho Gomez and the immense Id the Selfish Moon cement Deadpool as the solar system's best, most ruthless mercenary? Not as far as his "old friends" back on Earth are concerned - Hydra Bob, Big Bertha, Taskmaster and Blind Al all want to claim a piece of his hide! Deadpool flirts with both mortality and sanity as he takes on the Incredible Hulk (hoping to die!) and is locked up in an asylum (that could actually help him!) - but Wade's biggest foe turns out to be an "evil twin" made up of his own discarded body parts! Can Deadpool convince the authorities that there's an even crazier, less principled version of him out there? Plus: Deadpool - the Musical! Collecting DEADPOOL (2008) #32-49, #33.1 and #49.1.
In Shops: Apr 30, 2014
SRP: $34.99
View All Items In This Series
ORDER WISH LIST