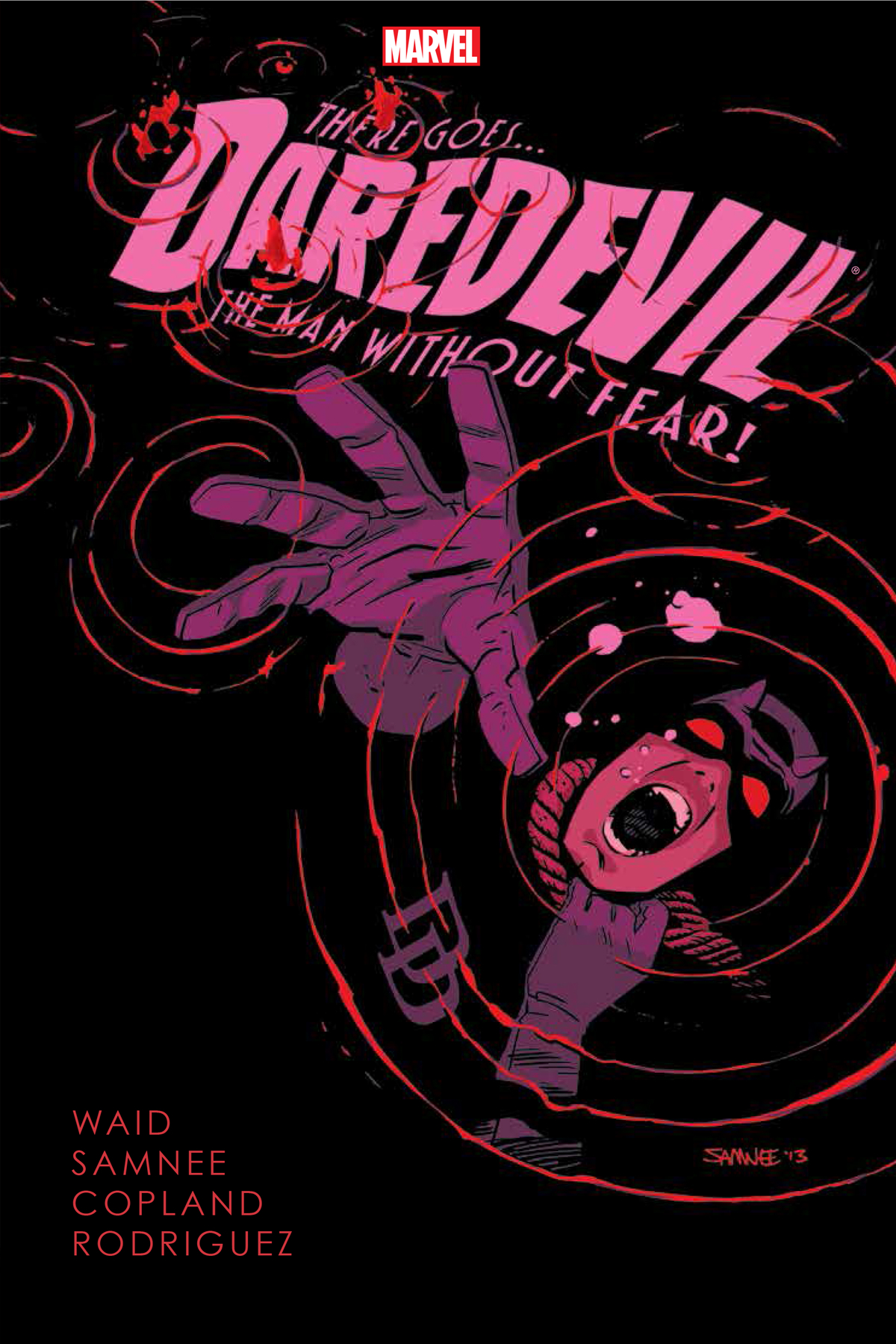 FEB140836
(W) Mark Waid (A) Javier Rodriguez (A/CA) Chris Samnee
Mark Waid's critically acclaimed saga continues! As a life-or-death drama plays out in Matt Murdock's personal life, he faces the hidden foe behind his recent troubles: an unstoppable enemy with a connection to Daredevil's origin! How will the demons of Matt's past lead to Daredevil-sized problems in the present, both on the streets and in the courtroom? The Silver Surfer and Hank Pym guest-star as Daredevil faces the Jester, meets his new law partner and finds himself trapped in a monstrous nightmare! And when Daredevil targets the Sons of the Serpent, the secret clan who rules the city's justice system, he soon learns just how blind justice can be! Elektra returns as Matt Murdock's life begins spiraling out of control! Something final is building in Daredevil's life - and building fast! Collecting DAREDEVIL (2011) #22-36.
In Shops: Jul 02, 2014
SRP: $39.99
View All Items In This Series