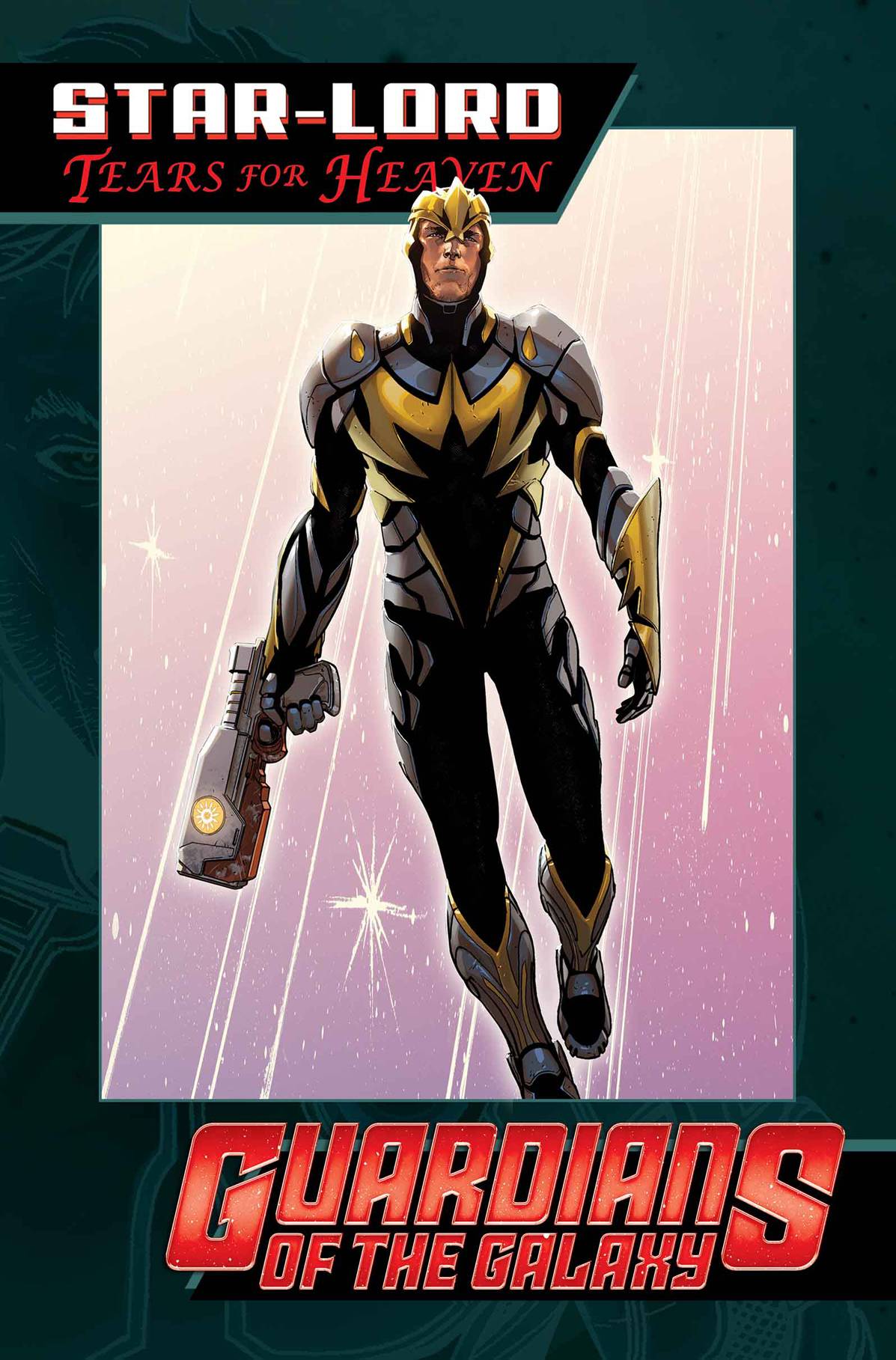 #
FEB140797
(W) Doug Moench (A) Bill Sienkiewicz, Tom Sutton (CA) Sara Pichelli
• Star-Lord's sensational seventies adventures conclude in explosive fashion!
•  Caught in a battle between corrupt humans and vengeful beast-men, must Star-Lord break his code against killing in order to save innocents?
•  Star-Lord defends his mentor, the Master of the Sun, against his own people - the same race that killed Star-Lord's mother!
•  Star-Lord must solve the riddle of a world whose people perform good deeds to literally ascend to "heaven" in the cloudlands above!
•  Collecting MARVEL SPOTLIGHT (1979) #6-7, MARVEL PREMIERE #61 and material from MARVEL PREVIEW #18.
In Shops: Apr 02, 2014
SRP: $7.99
ORDER WISH LIST