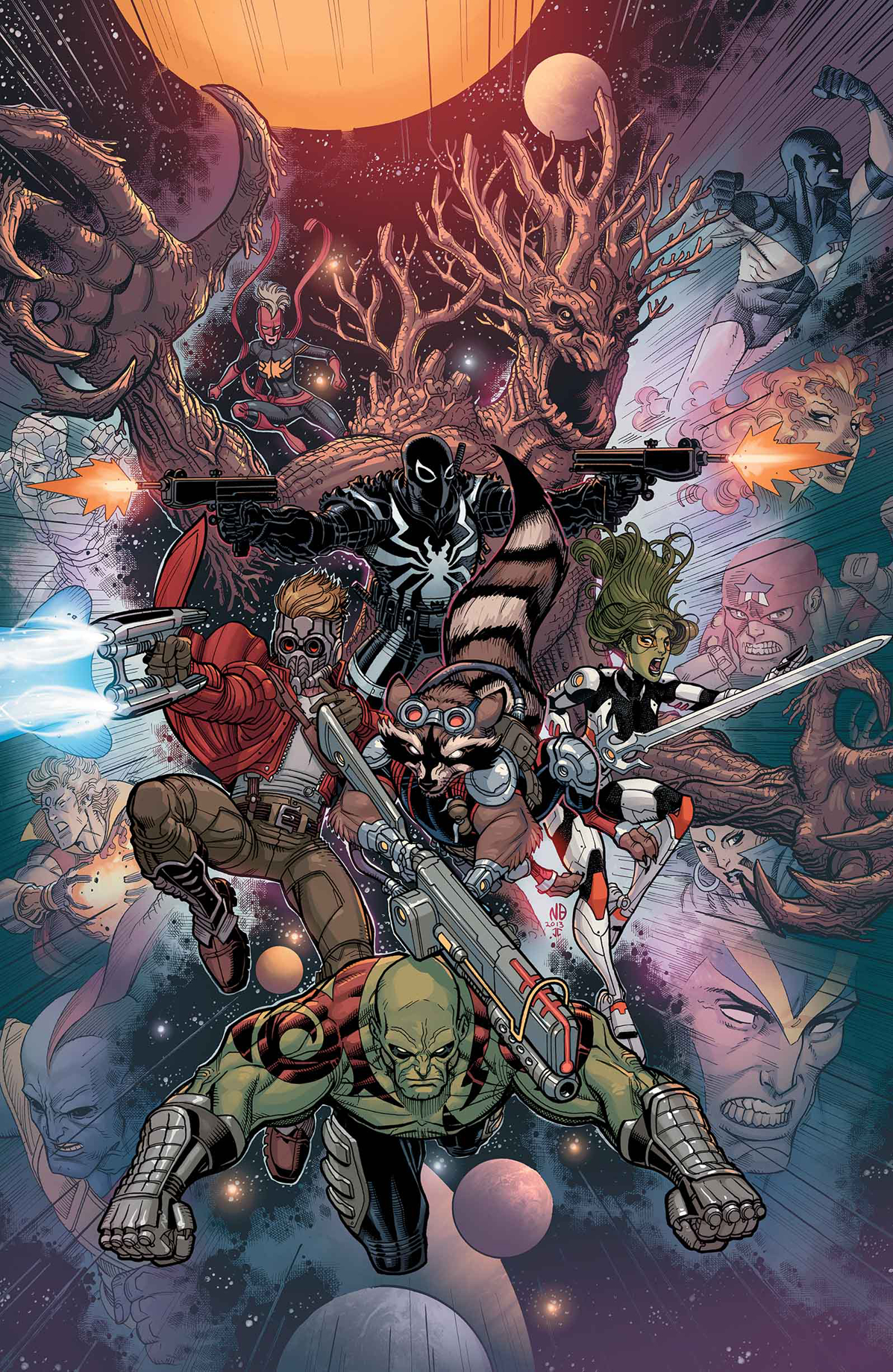 FEB140796
(W) Brian Michael Bendis, Andy Lanning, Dan Abnett (A) Phil Jimenez, Jason Masters, Todd Nauck, Walden Wong, John Livesay, Gerardo Sandoval (A/CA) Nick Bradshaw
100th issue ANIVERSARY CELEBRATION!
•  45 years in the making! It's finally here!!! The 100th issue of Guardians of the Galaxy! (Okay it's actually the 101st, but we had an X-Men crossover to get through! Sheesh!)
•  It's an all-star celebration of the most popular super team of 2014 as cosmic captain Brian Michael Bendis welcomes Nick Bradshaw (WOLVERINE AND THE X-MEN) to the team!
•  As the GOTG gets ready for new members VENOM and CAPTAIN MARVEL, there are unexpected dangers that promise to tear the team to its core.
•  Plus in this special double sized anniversary issue...two special back up stories by former GOTG writers Dan Abnett and Andy Lanning!
In Shops: Apr 23, 2014
SRP: $4.99
View All Items In This Series
ORDER WISH LIST