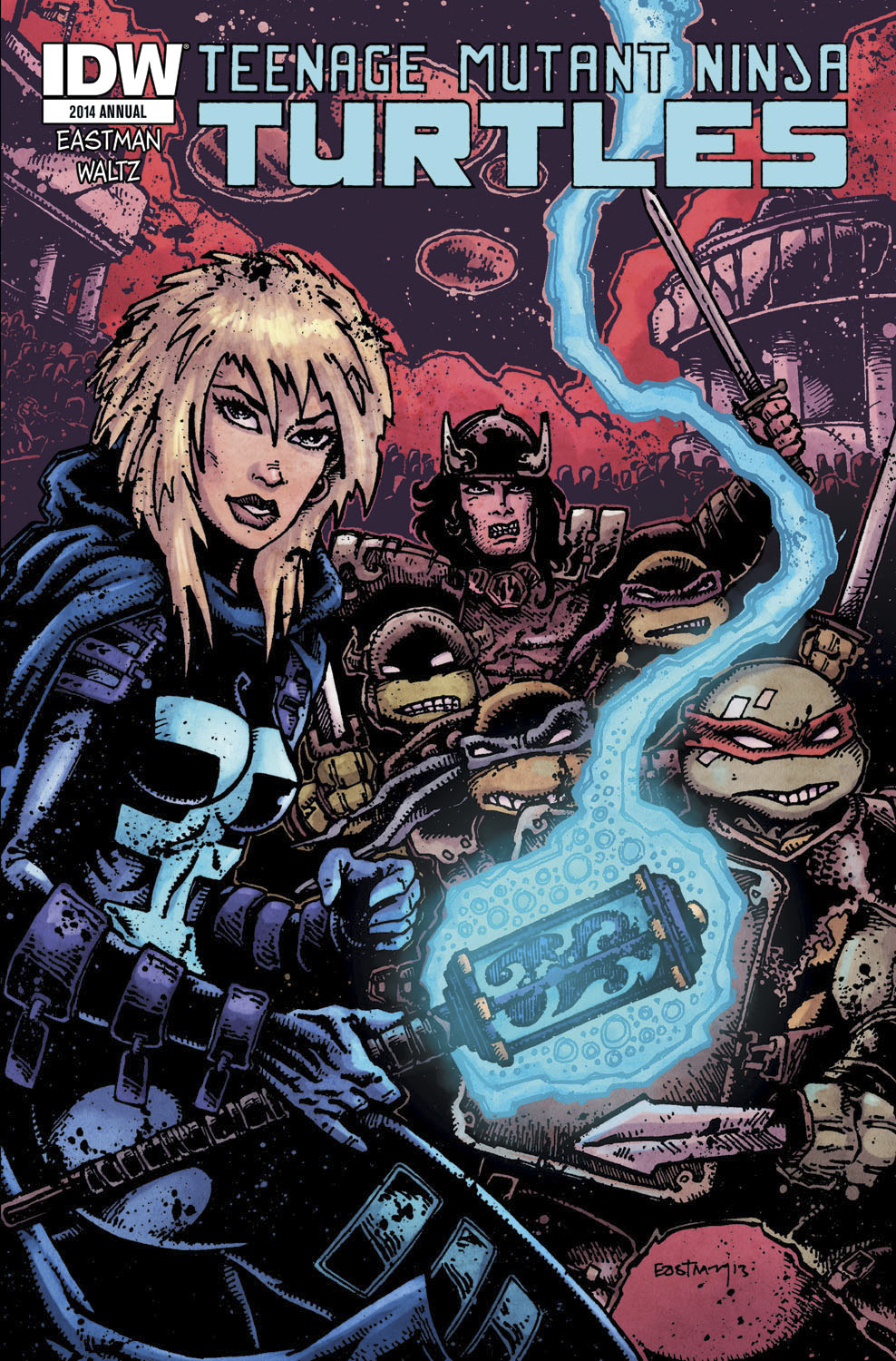 FEB140386
(W) Kevin Eastman, Tom Waltz (A/CA) Kevin Eastman
The Turtles are whisked away to another dimension by a stranger-Renet! Forced to fight for their survival in a tournament featuring the greatest warriors in the universe, the brothers will have to master new fighting techniques and forge new alliances. But with the deck stacked against them, their chance of survival is slim!
In Shops: Aug 20, 2014
SRP: $7.99
View All Items In This Series
ORDER WISH LIST