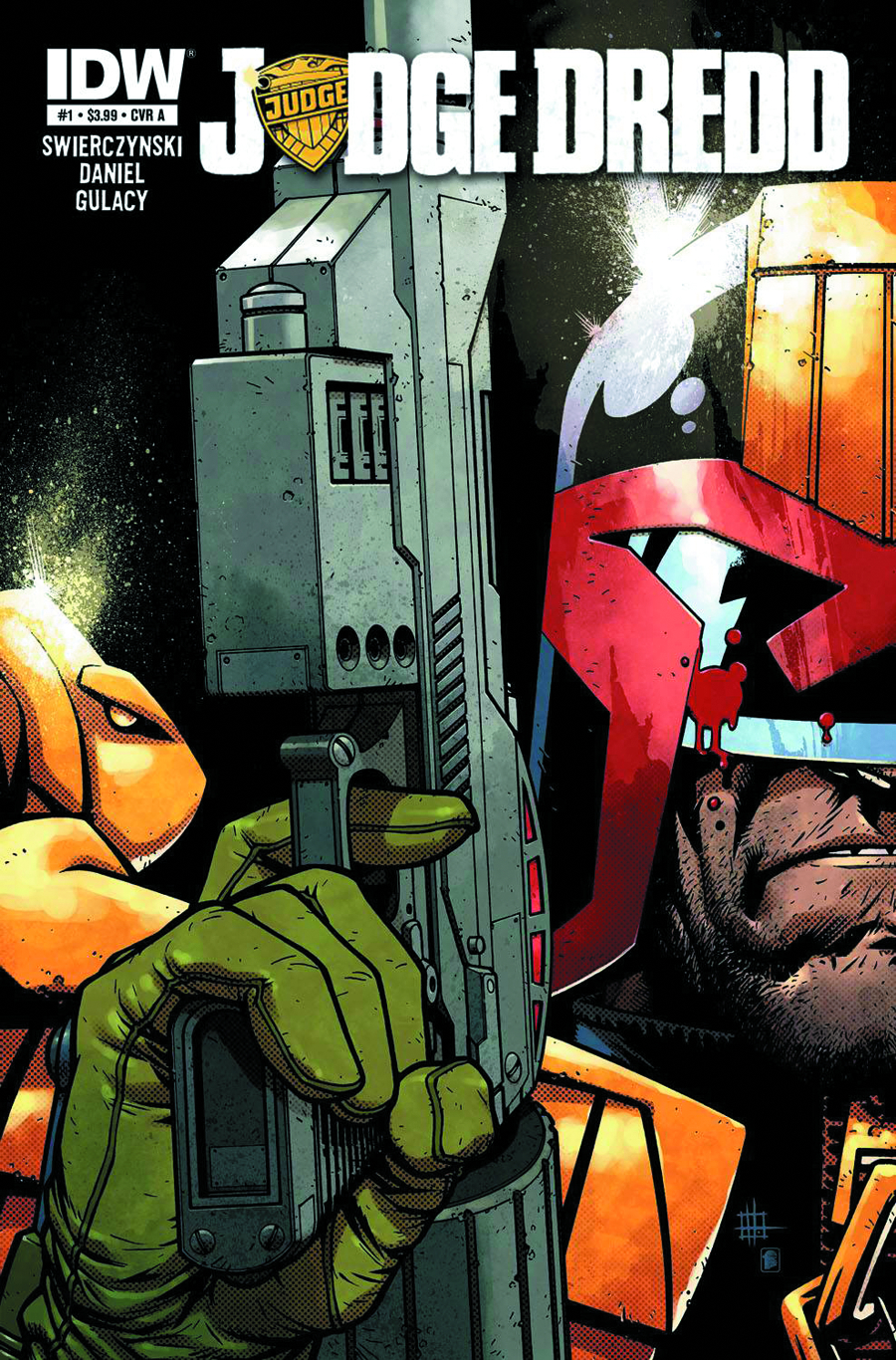 FEB138001
(W) Duane Swierczynski (A) Nelson Daniel, Paul Gulacy (CA) Zach Howard, Jim Starlin, Whilce Portacio, Nick Runge
From IDW Publishing. Second Printing of the sold-out smash! In the 22nd century, crime runs rampant in Mega-City One, home to over 400 million citizens, robots, criminals and lunatics. The only line of defense between anarchy and chaos are... the Judges. And Judge Dredd is the toughest of them all. In this, Judge Dredd's 35th anniversary year, IDW is proud to re-introduce Judge Dredd to America in this all-new ongoing series. Scheduled in stores 04/24/13. (4793)