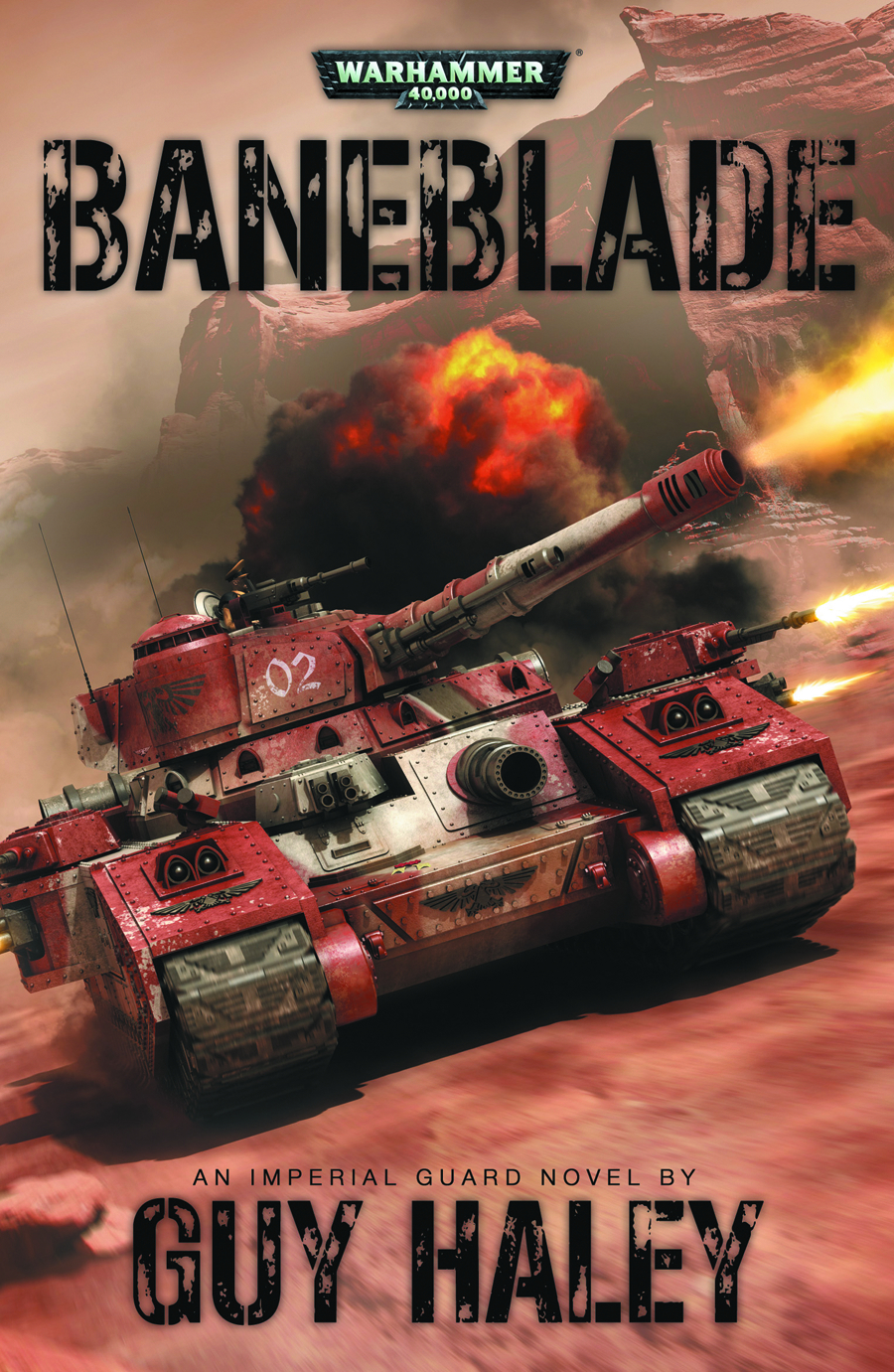 FEB131903
(W) Matt Haley
From the forges of the Adeptus Mechanicus, the mighty Baneblade super-heavy battle tank comes to bring death and destruction to the foes of the Imperium. As part of the Paragonian 7th Company, Honoured Lieutenant Marken Cortein Lo Bannick commands the venerable war machine in a bitter war against the orks in the Kalidar system. As the campaign grinds on it begins to take its toll upon his crew, and old clan prejudices from the regiment's home world arise once more. In a war which cannot be won by force of arms alone, such division may prove to be their undoing.
In Shops: May 15, 2013
SRP: $14.00