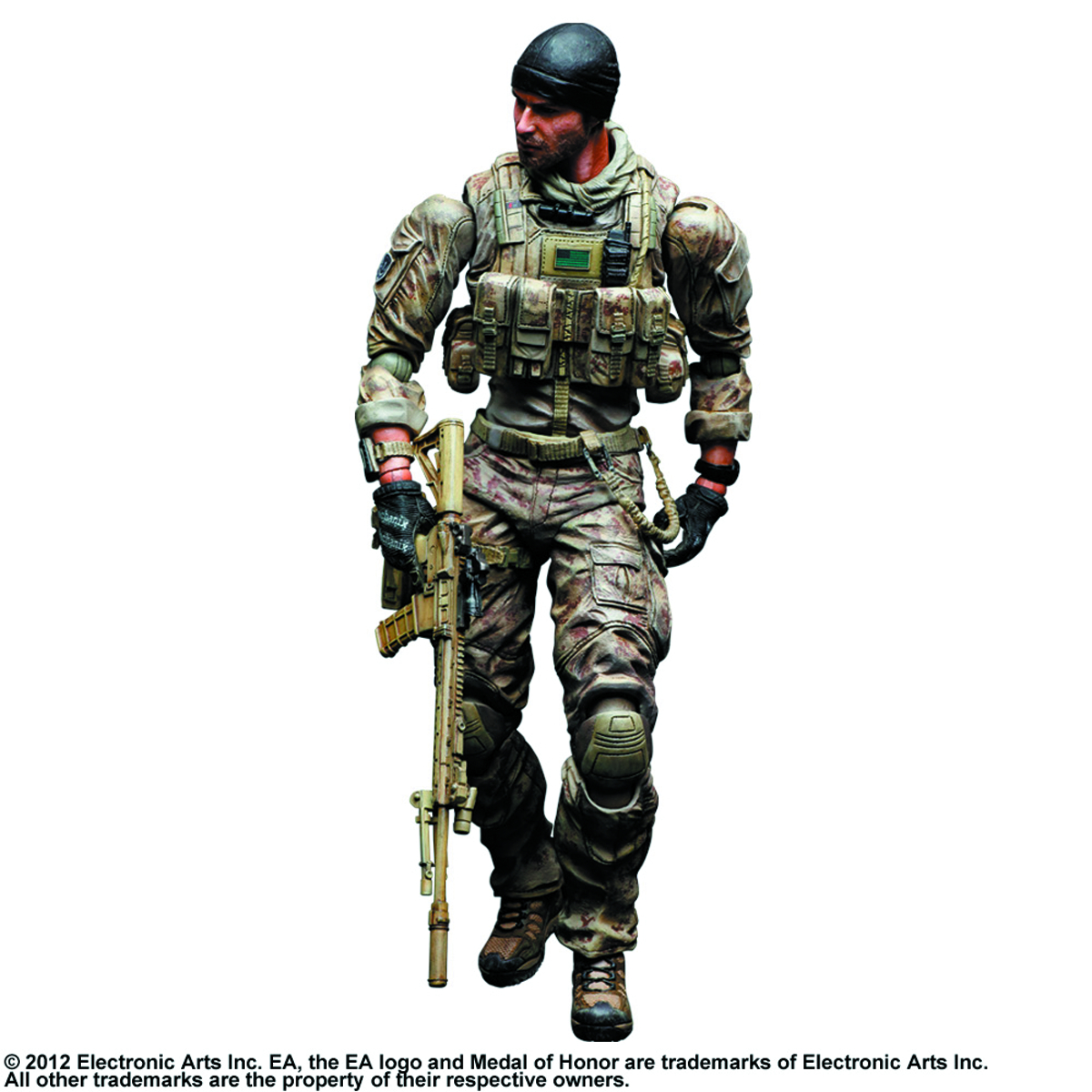 FEB131747
From Square Enix. Joining the ranks of the Play Arts ~KAI~ line is U.S Tier 1 Operator "Preacher!" When an extremely deadly explosive penetrates civilian borders, Preacher and his old teammates are sent to solve the problem. Now they must take the fight to the enemy and do whatever it takes to protect their loved ones from harm. Written by active U.S. Tier 1 Operators and inspired by real-world threats, Medal of Honor Warfighter delivers an aggressive, gritty, and authentic experience that puts you in the boots of today's most precise and disciplined warrior in the fight against the ongoing global terror threat. The Play Arts line's signature attention to detail is present in this imagining of Preacher. From the camouflage of his uniform down to his stubble, nothing has been overlooked, and with over 26 points of articulation, recreating heroic battle poses is a breeze. The 10" tall figure comes with alternate hands, SIG-Sauer P226 handgun, and LaRue Battle Rifle! Display stand included.