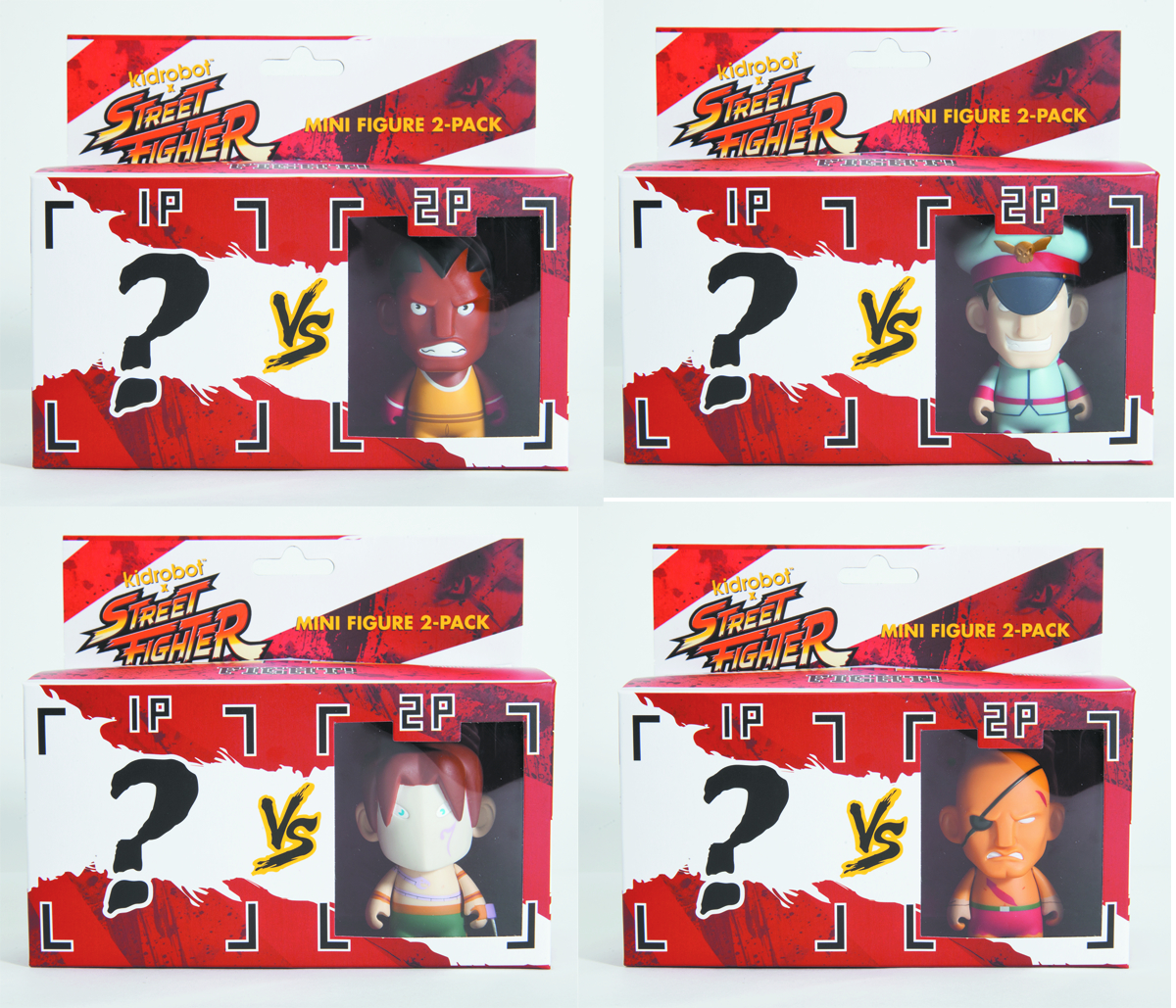 FEB131587
Capcom's Street Fighter, now in its umpteenth iteration with over 29 million copies sold worldwide, teams up with Kidrobot to take you back to the arcade with the characters who kick-started it all! Your favorite fighters come in a 3" tall vinyl format in 2-packs that include characters like Balrog, M. Bison, Sagat, and Vega. These figures feature articulated arms just itching to deliver that final sonic boom!
In Shops: Apr 17, 2013
SRP: $17.95