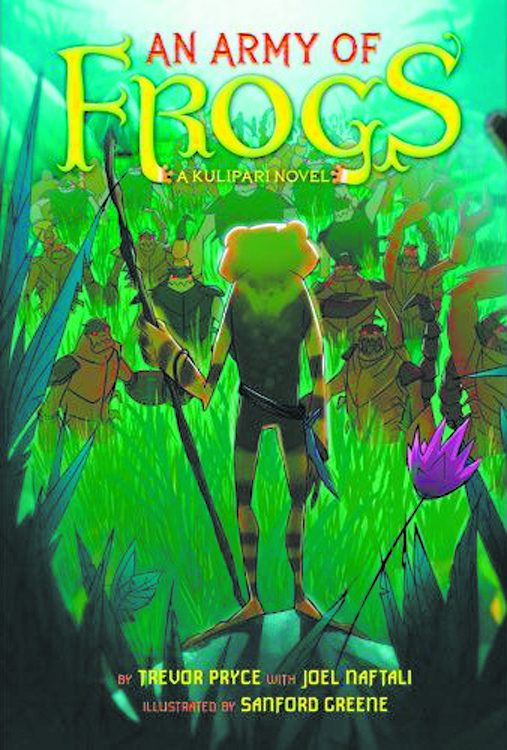 FEB131268
(W) Trevor Pryce, Joel Naftali (A/CA) Sanford Greene
It's frogs versus scorpions in this new series by NFL player Trevor Pryce! For years, the frogs of the Amphibilands have lived in safety-protected by an elite group of poisonous frogs named the Kulipari and by the dreamcasting spell of the turtle king that cloaks their lands in mystery. Now the spell is threatened by the Spider Queen, a talented spellcaster, and Lord Marmoo, leader of the scorpions. Enter Darel, a young frog who dreams of joining the Kulipari, despite his utter lack of poison and limited fighting skills. With the help of a motley crew of friends, Darel has the chance to become the warrior of his dreams.
In Shops: May 01, 2013
SRP: $15.95
View All Items In This Series