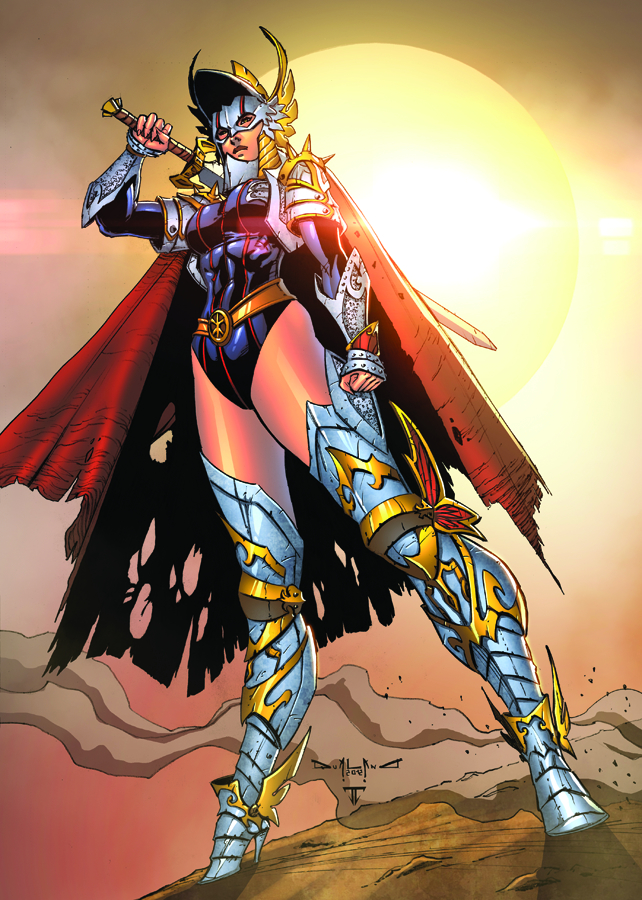 FEB131215
(W) Joe Brusha, Ralph Tedesco (A) TBD (CA) Pasquale Qualano
The earth is changing...the powerful Highborn's who had remained hidden for so long have come out in the open and many of them do not have the best intentions for human kind. The Dark One and his Horde want control of the realms of power starting with the nexus and there are even more sinister threats still hiding in the shadows. How can humans hope to survive against beings of such incredible power? Alone they have no hope but fortune has smiled on them...in the form of the Realm Knights, a powerful team of Highborn's who've made it their job to protect earth and all the realms of power from the forces of evil.
In Shops: May 29, 2013
SRP: $5.99