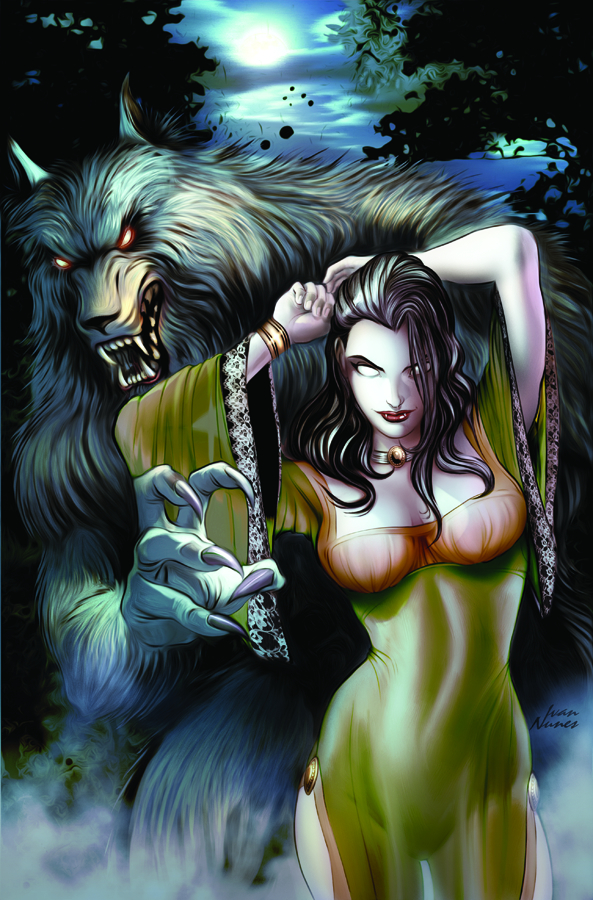 FEB131207
(W) Pat Shand (A) TBD (CA) Ivan Nunes
THE ZENESCOPE'S EVENT OF THE YEAR BEGINS HERE! THE BEING's end game is set in motion as a portal is opened into the shadow realm. A realm where a legion of monsters have been trapped for centuries...until now. Now our heroes will have to join forces with four time lost monster hunters against a threat whose power may be too powerful for even them to defeat. Lucky for them they are about to get some help in the form of a powerful ally. The highborn BELINDA! Featuring the return of fan favorite Belinda as the event kicks off in this double sized issue. A shadow has fallen over the Grimm Universe and nothing will ever be the same as the terror of the Being is UNLEASHED on the Zenescope universe!
In Shops: Apr 24, 2013
SRP: $5.99
View All Items In This Series