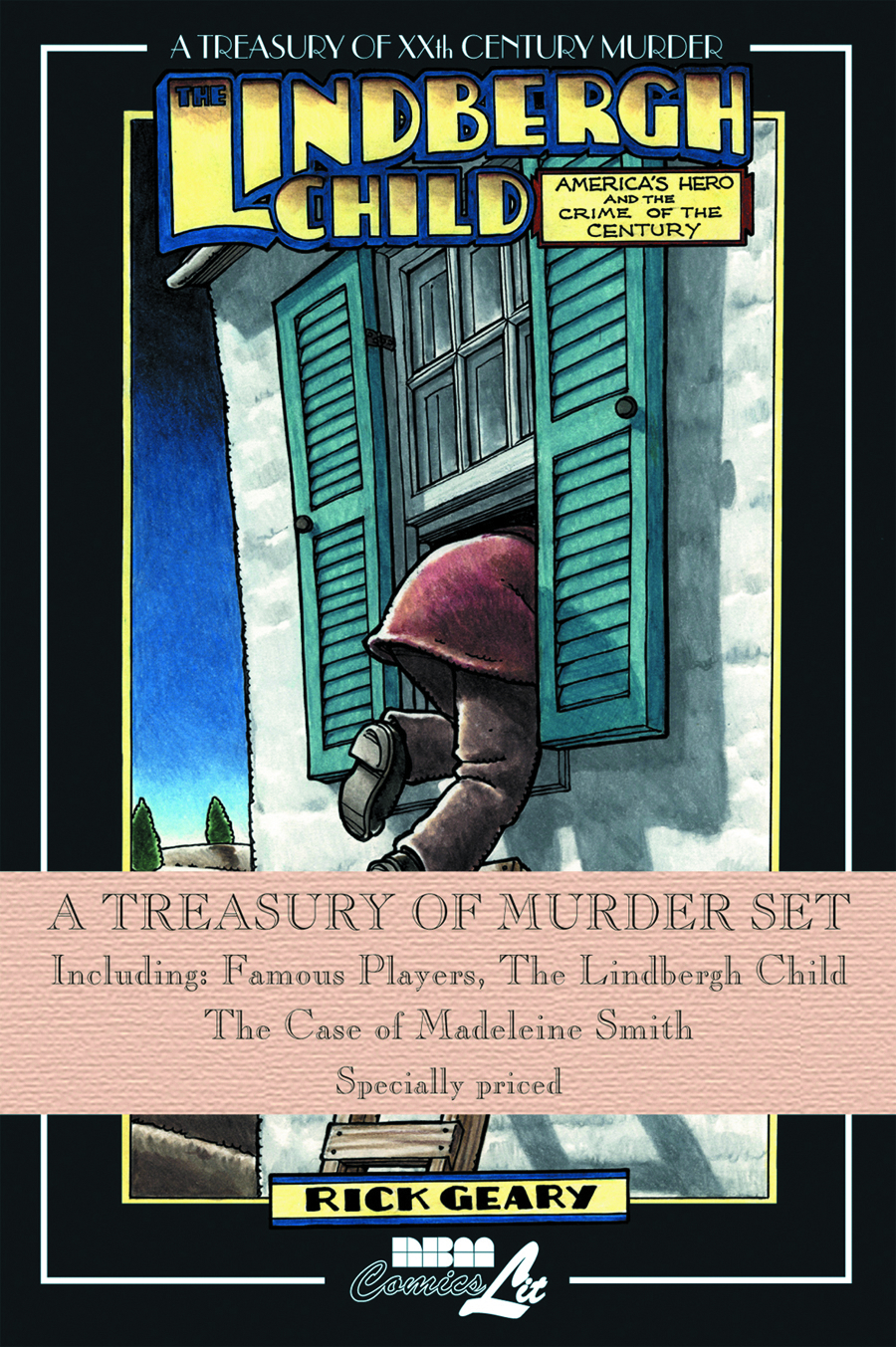 FEB131075
(W) Rick Geary (A/CA) Rick Geary
This specially priced banded set of paperbacks provides an engrossing, illustrated journey into true crime classics of the late Victorian era and early XXth Century, including three works in Rick Geary's increasingly storied treasuries of murder - Famous Players, about the murder of a prominent silent movie director and resulting scandal in early Hollywood, The Lindbergh Child covering the crime of the century: the kidnapping of the famous aviator's little baby, and The Case of Madeleine Smith, a Scotswoman who got embroiled with a man of lower standing and may have gotten rid of him and gotten away with it!
In Shops: May 08, 2013
SRP: $26.99