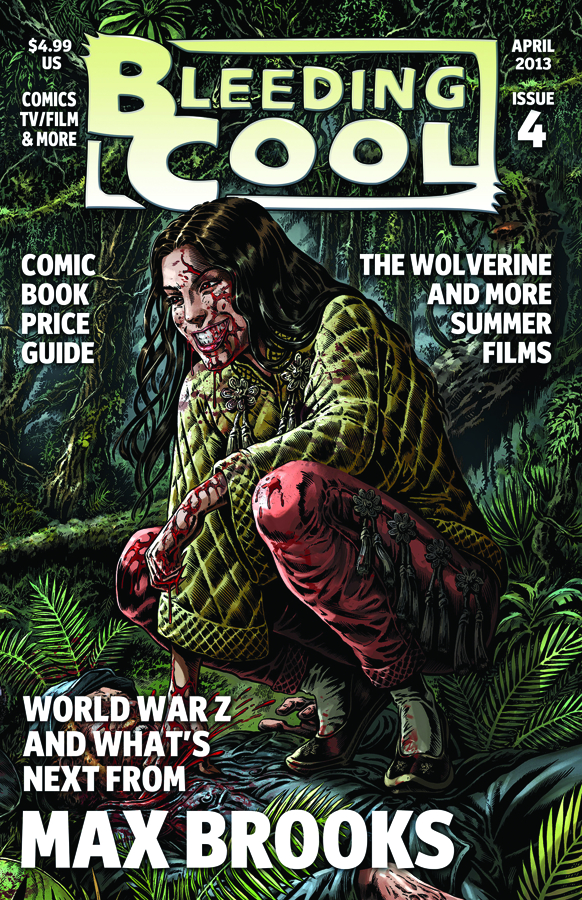 FEB130807
(W) Rich Johnston
Rich Johnston continues his scoops and snark as we look at the biggest geek releases of the Summer!  From the top comic releases and the hottest Indy titles, to all the biggest news from World War Z,  The Wolverine, and more!  This issue also features his look at the Top Women Working in Comics list and a special interview with Stan Lee!  Exclusive behind the scenes interviews and images turn Bleeding Cool Magazine into your source for summer scoops.  Delivering over 100 pages per issue and a bi-monthly release schedule, you are not going to want to miss Rich's Life in the Gutters, hot book price guide, and back issue speculation columns.  Over a million monthly BleedingCool.com visitors can't be wrong!  Delivering the best of comics and film with the right mix of innovation, snark, and spell-checking, it's Bleeding Cool!
In Shops: May 15, 2013
SRP: $4.99
View All Items In This Series