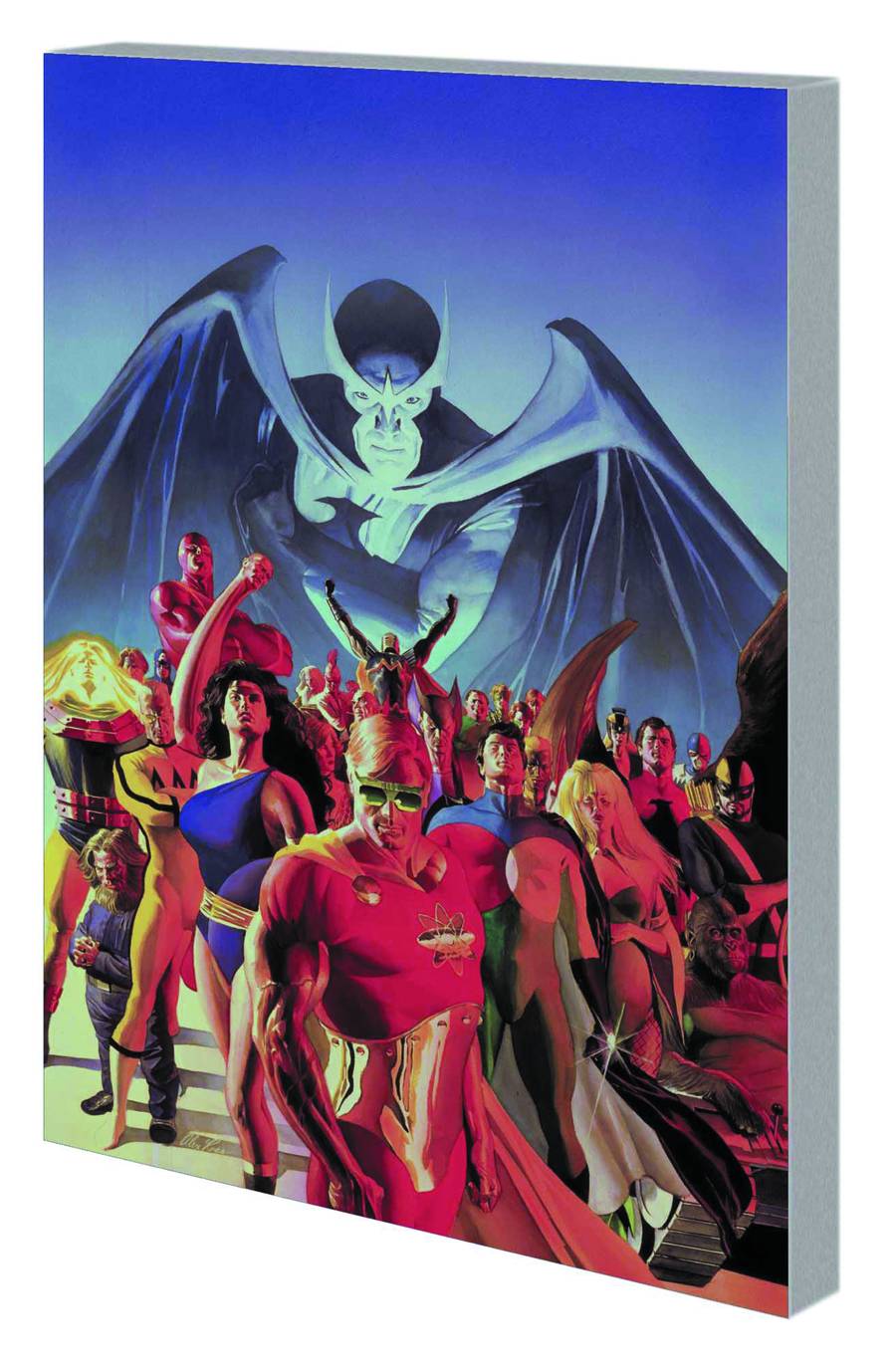 #
FEB130644
(W) Mark Gruenwald (A) Bob Hall, Paul Ryan, John Buscema, Paul Neary (CA) Alex Ross
On an Earth much like our own, the world's greatest superhuman champions are confronted by a society in ruins. Faced with the possibility of a new dark age for mankind, they choose the only course available to them - and take control of the world's governments themselves! Now, they have one year in which to completely restructure human society. Can their plan succeed? Will a renegade member bring about their downfall? And what will happen when this Earth's mightiest heroes find themselves becoming instead its all-powerful, totalitarian overlords? Before Watchmen, before MARVELS, before Kingdom Come - there was Squadron Supreme, a deconstructionist parable of the super-hero paradigm in a real-world setting considered by many to be the late Mark Gruenwald's finest work. Collecting SQUADRON SUPREME (1985) #1-12 and CAPTAIN AMERICA (1968) #314.
In Shops: Apr 24, 2013
SRP: $34.99